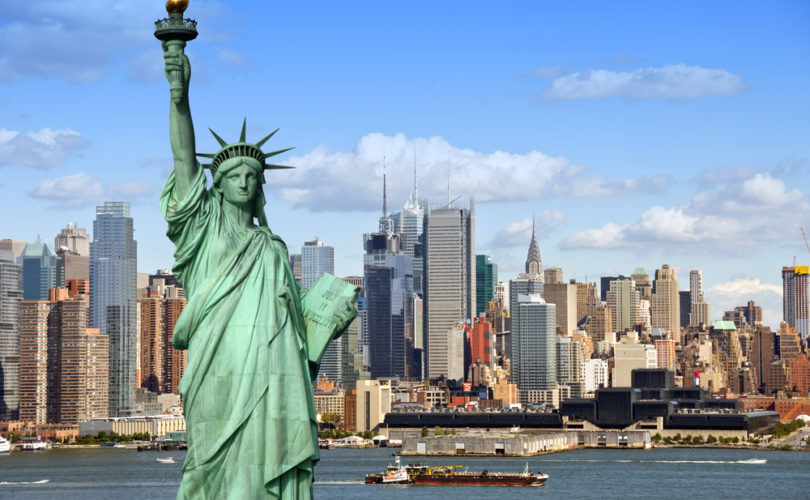 New York taxpayers must bear the cost of sex-change operations and hormonal therapy so that transgender people can meet their “gender goals,” according to a new rule promulgated by Gov. Andrew Cuomo late Wednesday night.

Medicaid would pay for transgender New Yorkers who qualify for the program to receive hormone therapy and/or gender reassignment surgery, according to the proposal. Costs for the treatment range from $15,000 to $60,000.

“Governor Cuomo handed New Yorkers another bill ($6.7 million a year) they have to pay when he declared that Medicaid has to pay for sex-change surgeries. No discussion. No legislation,” the Conservative Party of New York State said in a statement. With a budget of $55 million a year, the state's Medicaid program is already the largest in the nation.

Yet Cuomo is happy the policy, which will benefit at least 661 Medicaid recipients who openly identify as transgender, will cement his state's reputation as a leader in embracing social change.

“New York state has always been a progressive leader and ensuring that all New Yorkers — regardless of gender identity — are treated fairly,” Cuomo said, adding that the new rule “will continue this legacy.”

The new policy will allow a Medicaid recipient to receive costly gender transition treatments at public expense if he can produce letters from two licensed health care professionals, and if the applicant can prove he “has a persistent and well-documented case of gender dysphoria,” after living as a member of the opposite sex for at least a year.

Medicaid recipients must be at least 18 years old to receive hormonal treatments, or 21 for any practice that results in sterilization.

However, the proposal specifically states that Medicaid will not pay for any procedure to reverse a sex-change operation after it has taken place, regardless of the person's regret or mental anguish at attempting to live in opposition to their birth sex.

The rule – which will go into effect 45 days after its proposal – says the state will only underwrite transgender treatment when it is deemed “medically necessary” and that taxpayers will not pay for cosmetic surgery, which is “solely directed at improving an individual’s appearance.”

Councilman Corey Johnson, D-Manhattan, said, “This is not cosmetic surgery in any way. This is about their identity and getting health care that is meaningful and real for them.”

Cuomo's action, which comes just days after he compelled all insurance companies in the state to cover transgender treatment, repeals a 1998 ordinance banning public cost for such procedures.

Some could not believe the state is compelling all state taxpayers, including those who oppose transgenderism, to place transition therapy on par with the medical needs of the desperately poor.

“This is an abuse of Medicaid,” said Bill Donohue of The Catholic League. “Medicaid is designed for the needy, for the dispossessed, for the destitute. It’s not meant for middle-class people and upper-middle-class people who don’t like the fact that they’re a man or woman.”

The Conservative Party of New York State agreed, criticizing the policy, its cost, and the governor's decision to bypass the state's elected leader. “Governor Cuomo handed New Yorkers another bill ($6.7 million a year) they have to pay when he declared that Medicaid has to pay for sex-change surgeries. No discussion. No legislation,” the group said in a statement.

They chided Cuomo, considered a darkhorse candidate for president in 2016, for vetoing a bill that offered tax breaks to New Yorkers adopting children from the foster care system, while pushing this rule through via executive powers. “So one cost to benefit children has to be discussed, and another cost that harms taxpayers doesn't,” CPNYS said. “Governor Cuomo you are a hypocrite.”

Yet the ordinance does not go far enough for many transgender activists.

“We applaud the Cuomo administration for taking this important step,” said Michael Silverman, executive director of the Transgender Legal Defense and Education Fund. “But we call upon it to remove all restrictions for medically necessary transgender health care.”

The Sylvia Rivera Law Project, which has sued the state over transgender issues, said it is planning additional action to gain more state benefits in the new year.

“The regulation is not perfect – we would like to see care covered for young people under 18, and we would like to see all forms of gender-affirming care covered. But this is a great start,” the group said. “We invite all transgender people of color, low income people and allies to join us as we plot our next steps. Stay tuned for campaign updates and next steps in early 2015!”

The public may comment on the proposed regulation for the next 44 days.