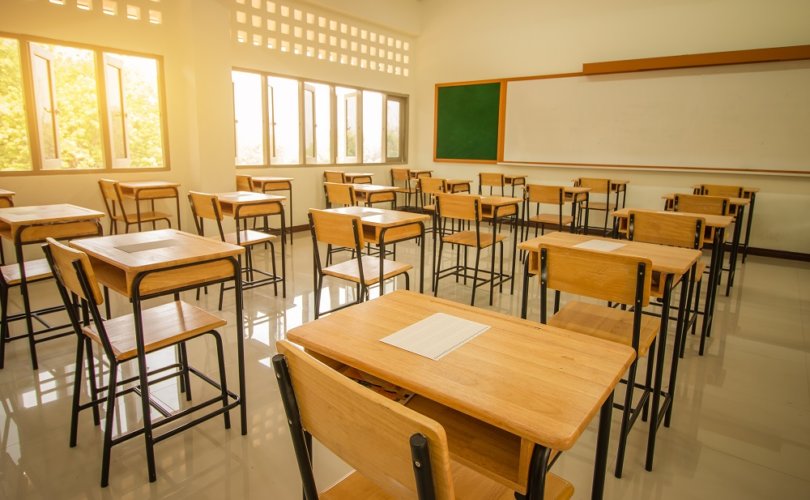 INDIANAPOLIS (LifeSiteNews) — Indianapolis Public Schools (IPS) placed a whistleblower on leave after he publicly explained how his employer teaches critical race theory while claiming the opposite.

“As of one hour ago, Indianapolis Public Schools has suspended my access to email & Google Drive,” Tony Kinnett wrote November 24 on Twitter. He works as the district science coordinator and instructional coach. Kinnett also founded the right-leaning education website Chalkboard Review.

Looks like @realchrisrufo & I are going to have a ball. pic.twitter.com/fgIW3kt4Ve

“I’ve been required to work from home the last two weeks, as staff reportedly have ‘clinical anxiety’ over working with me,” Kinnett said. “When I came to get books from my office, phone calls were made to each team member so they’d be clear of the building.”

He said he has provided the files, which he said are public documents, to journalist Christopher Rufo. “In HR meetings, I was informed that it was ‘irrelevant’ that the information I released was public and stored on public server,” Kinnett said. “(I have yet to release anything private) I am currently banned from going to any IPS school building or hosting any professional developments.”

LifeSiteNews contacted the human resources office for Indianapolis Public Schools and interim curriculum director Jessica Dunn but did not receive a response to a Monday afternoon email.

LifeSiteNews asked for an update on Kinnett’s status and what he was being investigated for, if anything.

IPS officials placed him on leave after Kinnett posted a video explaining how the district teaches critical race theory.

As an admin for the largest school district in Indiana, here’s what we mean when we tell you that we aren’t “teaching” Critical Race Theory: pic.twitter.com/f6RLghcw2R

“I see exactly what we’re teaching our students,” Kinnett said in his November 4 video. “When we tell you that schools aren’t teaching critical race theory, that it’s nowhere in our standards, that’s misdirection.”

“We do have critical race theory in how we teach,” Kinnett said. He said that teachers tell students that “white men” are responsible for all problems. He said students are told to treat students differently based on color and to teach that capitalism is a “tool of white supremacy.”

CRT is used in IPS’ curriculum for “math, history, science, English, the arts and it’s not slowing down,” the teacher said.

“When schools tell you that we aren’t teaching critical race theory, it means one thing: Go away and look into our affairs no further,” Kinnett said. “We call it anti-racism so you feel bad if you disagree with our segregationist pedagogy.”

CRT became a central issue in the 2021 Virginia governor’s race and helped moderate Republican Glenn Youngkin win. His opponent, Terry McAuliffe, had said he did not want parents involved in what schools taught.

“I believe parents should be in charge of their kids’ education,” Youngkin said during a September debate.

“I’m not going to let parents come into schools and actually take books out and make their own decisions,” the Democrat candidate said. “I don’t think parents should be telling schools what they should teach.”

Editor’s note: The IPS on December 6 emailed LifeSite the following statement from Marc Ransford, a spokesperson.

As a district policy, IPS does not discuss personnel matters. To be clear, the district continues to be focused on and committed to our organizational value and priority of racial equity. We are the largest school district in the state of Indiana, and we have the distinct pleasure of educating the largest number of students of color in our state. We strive to ensure our curriculum is culturally relevant and that our classrooms are safe spaces to engage in thoughtful, productive and age-appropriate conversations that acknowledge and value the lived experiences of our students, and the issues that affect the world in which we live. We remain committed to our focus on racial equity and the ultimate goal of ensuring that student outcomes cannot be predicted by race.