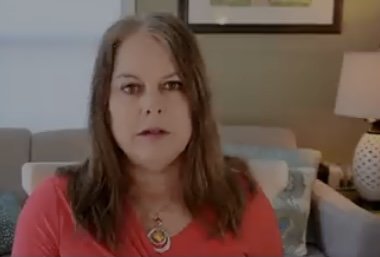 WATERLOO, Ontario (LifeSiteNews) — A Canadian teacher was silenced during a school board meeting and then suspended after voicing concerns over a children’s book common in her district’s K-6 libraries in which a child dismisses as a concern the likelihood of permanent sterilization as a result of hormone blockers.

During a Waterloo Region District School Board (WRDSB) meeting on January 17, Carolyn Burjoski, who has taught English to new Canadians for over 20 years, was interrupted after she began to express concern with a “transgender”-themed book called “The Other Boy,” which she wrote had 102 copies currently in K-6 WRDSB libraries.

“Some of the books filling our libraries make it seem simple or even cool to take puberty blockers and opposite sex hormones. ‘The Other Boy’ by MJ Hennessy —” Burjoski began, before WRDSB chair Scott Piatkowski cut her off, saying, “I am just getting a little concerned that your content may be problematic, and I’m not sure exactly where you’re headed, but I would caution you to make sure that you are not saying anything that would violate the Human Rights Code.”

Having noted earlier that WRDSB had taken upon itself to “cull” books from its school libraries considered harmful, including those considered “misleading,” Burjoski continued her presentation, saying she believed “The Other Boy” was one such misleading book.

She described how the book “chronicles the medical transition of Shane, who is born female and now identifies as a boy” and is taking puberty blockers.

Burjoski presented a screenshot of a book excerpt showing that Shane is excited to begin testosterone treatments. When the doctor warns that after testosterone shots Shane “most likely” will be permanently sterile, Shane assures his father, “It’s cool. Me and mom have already talked about it.”

“A very typical adolescent response,” Burjoski remarked. “This book is misleading because it does not take into account how Shane might feel later in life about being infertile. This book makes very serious medical interventions seem like an easy cure for emotional and social distress.”

Piatkowski cut her off again, insisting that he has to “stop” her from speaking because he is concerned she is violating “the Ontario Human Rights Code,” which “includes gender identity and gender expression as grounds for discrimination.”

He himself was interrupted by Cindy Watson, another WRDSB member who defended Burjoski by pointing out she was “talking about age appropriateness.”

Mike Ramsay, another WRDSB member, added, “I think that’s a stretch to say [it’s a] violation of the Human Rights Code … unless the director thinks it’s not factually correct that these books are in our school. I think the speaker should be allowed to continue.”

He later pointed out that Piatkowski had not “even pointed to any bylaws that the delegation may or may not have violated,” and that Burjoski had not “made any personal attacks.”

Despite the protests, the WRDSB voted 5-4 to uphold Piatkowski’s decision to silence Burjoski.

Piatkowski had noted during the meeting, “I don’t think in my three years on the board we have ever had to stop a delegate from speaking.”

In a later interview, when Piatkowski was asked to “explain how Burjoski’s comments violated the code,” he told 570 News radio station that he would not repeat or respond to her remarks and “give them oxygen,” according to the National Post.

He defended his decision, claiming that Burjoski “was speaking about transgender people in a way that was disrespectful, that would cause them to be attacked, and I really needed to ensure it did not continue,” Piatkowski said. “I’m quite confident it was the right decision.”

He reportedly also told a local CTV station that Burjoski “questioned the right to exist” of “trans” people.

In Burjoski’s first interview after the meeting, she told the Post she was “flabbergasted” by the decision and by Piatkowski’s remarks afterward.

“I am not a transphobic person. It’s crazy that just because you ask a question, the first thing people do is call you that,” she said. “We do need to have a conversation about the intersection of biology and gender.”

What happened during the WRDSB meeting, Burjoski said, is a demonstration that “we’re not having those conversations in our culture.”

“The message is clear: no dissent is allowed,” she added.

Burjoski later explained in a video recording that she was given a “stay-at-home order” and forbidden from “contacting” her colleagues and students “pending a formal investigation.”

“Meanwhile, board members have taken to radio, television, social media to grossly misrepresent my remarks. I feel bullied, slandered, and abused,” Burjoski said. She also pointed out that the WRDSB had removed a video recording of the meeting from YouTube “so people are not able to hear what I actually said.”

“I fully support the human rights of transgender people,” she continued. “I have promoted human rights throughout my entire life, and my career has been about valuing every face I look into.”

“This isn’t just about me, it’s about all of us. Cancel culture needs to stop. We need to recover our ability to listen to each other and to speak with one another with open minds. Respectful dialogue is the core of democracy,” Burjoski said.

Ramsay, a longtime board member who has served as its chair three times, later condemned the silencing of Burjoski, according to the Post: “It’s censoring presentations that the chair doesn’t agree with. As decision-makers, we have to make informed decisions. … If we’re going to just take one point of view and say that’s sufficient, that’s wrong on so many fronts,” he said.

‘A lifetime of damage’

In response to the growing numbers of children and adolescents identifying as the opposite gender, the Canadian Medical Association Journal (CMAJ) espouses an approach that “affirms” a youth’s “gender identity” rather than biological gender.

However, the CMAJ does “not offer guidance on surgical transitioning,” and points out that “The Endocrine Society recommends that pubertal suppression should not occur before puberty.”

Keira Bell, a young woman from the UK, sued after being encouraged to gender “transition” beginning at age 16 with puberty blockers, then testosterone injections at 17, and a mastectomy at age 20.

Bell said, “I was allowed to run with this idea that I had, almost like a fantasy, as a teenager … and it has affected me in the long run as an adult.”

“It was heartbreaking to realize I’d gone down the wrong path,” Bell said.

As a result of Bell’s experience, the English High Court of Justice ruled that children under 16 were too young to understand and consent to puberty blockers, and that the drugs generally cannot be given to children attempting to “transition” to become a member of the opposite sex without the clinician having recourse to the courts.

In 2020, staff at a UK state-funded “gender transition clinic” for children raised concerns during a review that children were quickly being set on a gender transitioning pathway only after one or two visits, with one commenting that “very many vulnerable children … will be left with, potentially, a lifetime of damage.”

The Post noted that the “affirmation” approach has been criticized even by those who support the phenomenon of “changing” gender, or “trans” people themselves. In fact, they reported, “Two leading psychologists in the transgender medical community, one of them a trans woman, complained in a recent article about sloppy and dangerous assessment of young people presenting as trans, with overly hasty resort to hormones.”