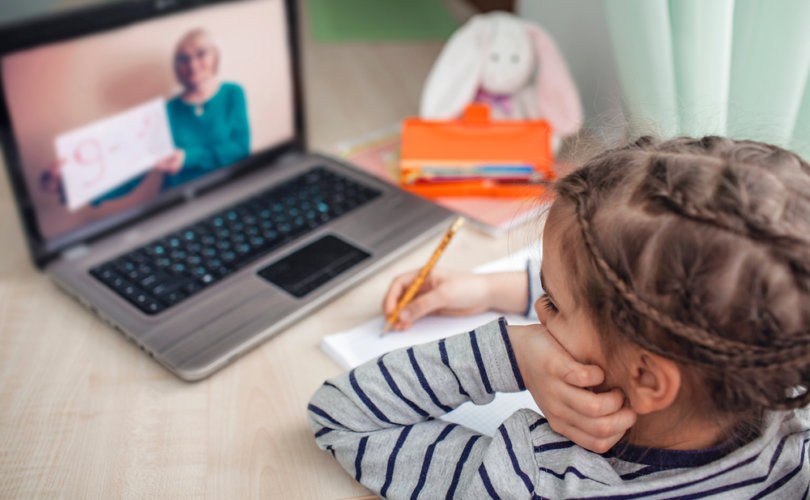 MASSACHUSETTS, September 9, 2020 (LifeSiteNews) – Teachers from public schools in Massachusetts allegedly had been informing local police and child protective services on parents whose kids missed online school meetings while learning during the spring.

The Boston Globe reported that officials in Massachusetts singled out “dozens” of families to the state’s Department of Children and Families (DCF), due to an alleged lack of participation in virtual learning, which began after local schools were shut due to the coronavirus.

According to the Globe report, the majority of the referrals to the DCF were done simply because a student did not login to certain class times, and that most of the parents of those referred were moms with no previous social services records.

The Globe reported that the “trend” was most common in higher-poverty, and mostly Black and Latino school districts, with next to none in “wealthier communities.”

According to the Globe report, officials in several school districts claimed that in each case they reported the child had a “pattern of problematic behavior” and was not only because they did not sign into online classes.

But the Globe also reported that it talked with parents who had both calls and visits from the state DCF.

One parent, Em Quiles, was quoted in the Globe report as saying she “couldn’t believe it” after she got a call from the DCF in June accusing her of neglect because her 7-yer-old had apparently missed class and assignments during remote class time.

Quiles told the Globe that she struggled to work with her son’s school’s online platform and that they “didn’t offer any help.”

A neglect charge levied against a parent can carry with it serious consequences if proven to be true in the state of  Massachusetts, such as a child being taken into state custody.

Quiles told the Globe that it did not take much time for the DCF agent to realize that the complaint against her was not valid, adding she knew she didn’t do “anything wrong.”

Michael Gregory told the Globe that “It’s the exact wrong thing that the moment calls for” when it comes to parents being targeted due to their kids missing online Zoom meetings or assignments.

Gregory is managing attorney with the Trauma and Learning Policy Initiative of Massachusetts Advocates for Children and the Harvard Law School.

A LifeSiteNews opinion piece by Randall Smith highlights how schools in the United States investing in multi-billion-dollar technology upgrades, which includes online learning, does not “translate to kids learning.”

“The greatest danger of any crisis is the inability to learn the lessons it should teach. Will the online, ‘tech’ mania pass with the passing of the coronavirus pandemic? Is the online experience a temporary solution to a passing problem?” wrote Smith.

“I wouldn’t bet on it. Having spent billions on new tech while firing actual faculty members, administrators will be loath not to use their new gadgets to ‘transform’ education.”