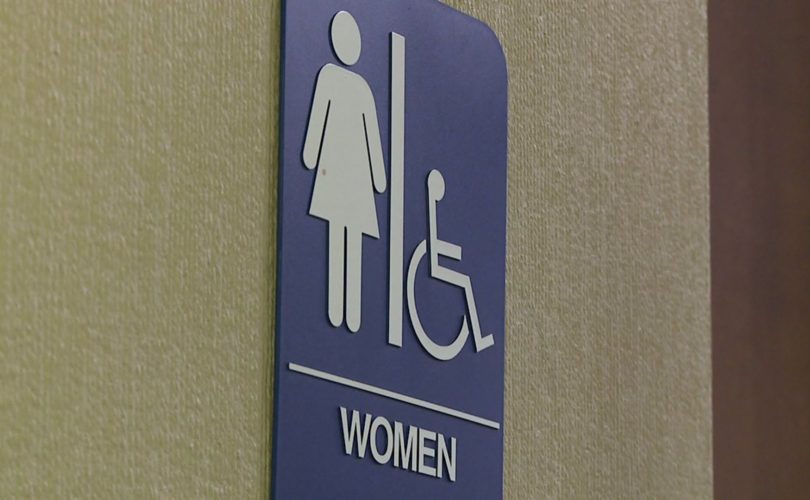 BOSTON, March 14, 2016 (LifeSiteNews) – A bill that would allow adult biological males to shower or change alongside young girls has earned the endorsement of two prominent teachers unions in Massachusetts.

State legislators are considering a bill that would specifically open all public restrooms, shower facilities, and locker rooms to transgender people.

“The issue with the latest bill is not that it opens up opposite sex restrooms in the schools, because they're already open in the schools at this point in Massachusetts,” Sean Ryan, director of communications for the pro-family watchdog group MassResistance, told LifeSiteNews.

“This pending legislation opens the floodgate to adults being able to victimize children in public facilities,” Ryan continued. “Erasing the distinction of sex and allowing men to use opposite-sex facilities is a predator's dream.”

“Groups that should be advocating for children's safety have turned against parents and endorsed a legal concept that by nature puts children at risk,” Ryan told LifeSiteNews.

The group has compiled a list of incidents in which men have physically threatened, attempted to rape, or otherwise sexually revealed themselves to women and girls in private facilities.

It's not merely public sector unions fueling the bill with compulsory union dues. Titans of the private sector have also backed the bill.

Business members of Freedom Massachusetts, the key group lobbying for the law, include Facebook, Twitter, Google, the United Way, Blue Cross Blue Shield of Massachusetts, the online backup service Carbonite, Planet Fitness, and the Greater Boston Chamber of Commerce, along with dozens of other firms.

“The transgender lobbying organization 'Freedom Massachusetts' is backed by dozens of insurance companies, law firms, big banks and San Francisco tech companies trying to force their values on all of us,” according to the Massachusetts Family Institute, which is also fighting the bill.

But Ryan says the teachers unions' support calls into question the underlying quality of public schools.

“Educational development demands that children are taught facts, not a subjective notion advanced by radical activists that has no basis in reality,” Ryan told LifeSiteNews. “Teachers endorsing such phony concepts should make one wonder about the quality of education in general in the Bay State.”