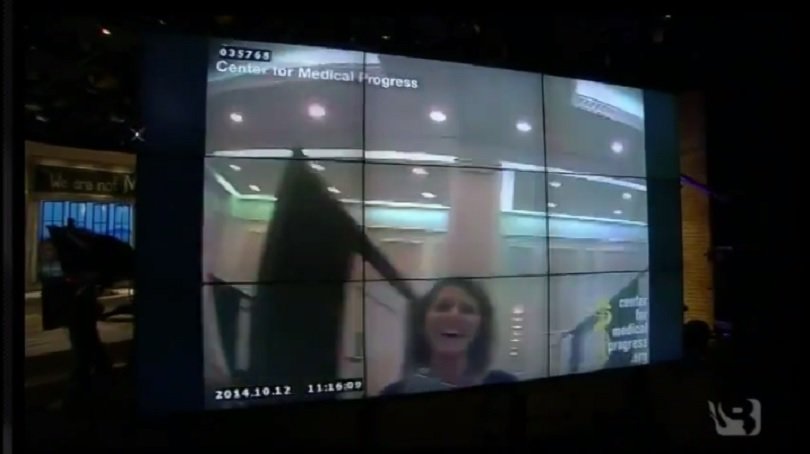 WASHINGTON, D.C., October 5, 2015 (LifeSiteNews) – In the newest video footage released by the Center for Medical Progress, a Planned Parenthood abortionist laughs as she discusses her hope of removing the intact “calvarium,” or skull, of an unborn baby while preserving both lobes of the brain.

She also describes how she first dismembers babies up to twenty weeks gestation, including two twenty-week babies she said she aborted the week before.

Dr. Amna Dermish, an abortionist with Planned Parenthood of Greater Texas, told undercover investigators she had never been able to remove the calivarium (skull) of an aborted child “intact,” but she hopes to.

“Maybe next time,” the investigator said.

“I know, right?” Dr. Dermish replied. “Well, this'll give me something to strive for.”

Dermish, who performs abortions up to the 20-week legal limit in Austin, then described the method she used to collect fetal brain and skull specimens.

“If it’s a breech presentation [in which the baby is born feet first] I will remove the extremities first – the lower extremities – and then go for the spine,” she began.

She then slides the baby down the birth canal until she can snip the spinal cord.

The buyer noted that intact organs fetch higher prices from potential buyers, who seek them for experimentation.

“I always try to keep the trunk intact,” she said.

“I don't routinely convert to breech, but I will if I have to,” she added.

According to CMP lead investigator David Daleiden, who debuted the video footage during an interview with Lila Rose on The Blaze TV, Dr. Dermish was trained by Planned Parenthood's senior director of medical services, Dr. Deborah Nucatola.

Dr. Nucatola was caught on the first CMP undercover video, discussing the side industry while eating a salad and drinking red wine during a business luncheon.

Between sips, she described an abortion process that legal experts believe is a partial birth abortion, violating federal law.

“The federal abortion ban is a law, and laws are up to interpretation,” Dr. Nucatola said on the undercover footage. “So, if I say on day one that I don't intend to do this, what ultimately happens doesn't matter.”

Daleiden told Rose he hoped that Congressional investigators would continue to pressure the organization about whether the abortion technique it uses violates federal law, as well as the $60-per-specimen fee the national organization has admitted some of its affiliates receive.

Trafficking in human body parts for “valuable consideration” is also a federal felony carrying a penalty of up to 10 years in prison and a $500,000 fine.

“That would be enough to construct a criminal case against Planned Parenthood,” Daleiden said.