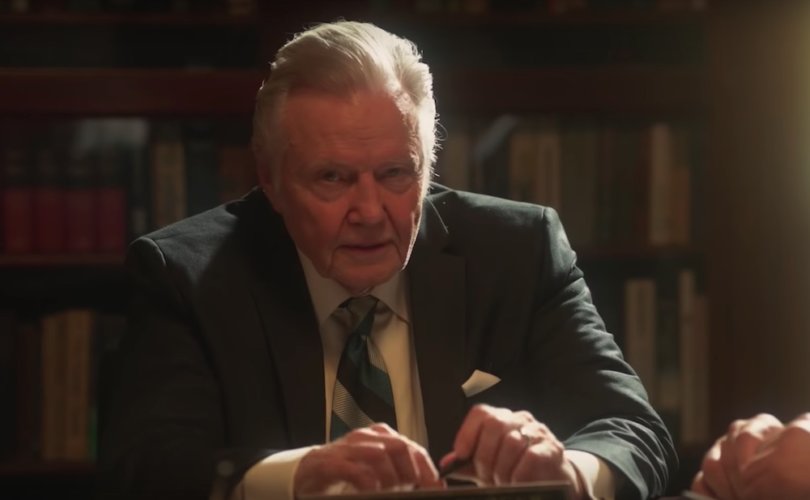 January 15, 2019 (LifeSiteNews) – Ahead of the 2019 March for Life, the producers of Roe v. Wade: The Movie have released the first official look at the upcoming film, which promises to reveal the dark side of the infamous 1973 Supreme Court ruling that forced all fifty states to allow abortion-on-demand.

“ROE V. WADE is the untold story of how people lied, how the media lied, and how the courts were manipulated to pass a law that has since killed over 60 Million Americans,” the film’s official GoFundMe page says. “This is the most important movie to be made in our generation.”

The three-minute teaser trailer opens by contrasting the Roe court justices’ discussions of the case with modern-day news clips speculating about the ruling’s future under Supreme Court justices appointed by President Donald Trump. As it goes on, viewers see glimpses of the tensions among the justices, the machinations of McCorvey’s lawyers, activists lining up for and against abortion, Nathanson’s turmoil, and more.

Loeb is financing the film via crowdfunding and filmed the movie largely in secret and under a fake title, to guard against backlash and get around struggles to arrange shooting locations, extras, and crew. He has also struggled with resistance from social media.

This week, LifeSiteNews reported that Facebook blocked him from “boosting” a post promoting the film because it supposedly “doesn’t comply with our Advertising Policies.” Last year, Facebook barred the filmmakers from promoting the film’s GoFundMe on the social media platform.

“Everyday my pro-life stance grows stronger. As I’ve read the history of the abortion movement and educated myself on how it works and seen all the pictures…all have made me more adamant to protect life,” Loeb, who is also in a high-profile legal battle with ex-fiancée Sofía Vergara over their frozen embryos, told LifeSiteNews at the time.

“This has been a real journey for me and now I hope I can educate others,” he hoped. “Some who have been pro-choice have read my screenplay and have changed their minds on the topic…especially when they read the part about Dr. Bernard Nathanson.  Some who had always thought what was in the womb was just a glob of cells now understand that this is a human life.”

Loeb told The Hollywood Reporter this week that he has recently reached out to possible distributors for the film, and expects it to be released in theaters later this year.