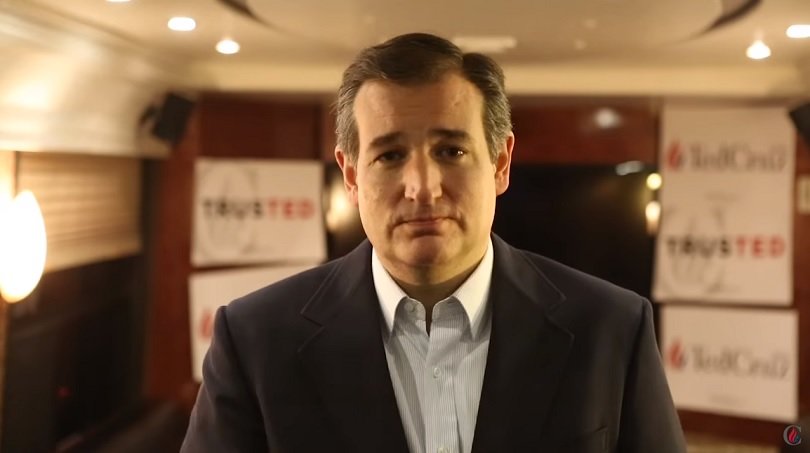 CHARLESTON, SC, February 17, 2016 (LifeSiteNews) – In a hard pitch for evangelical support, Ted Cruz embraced personhood and said the right to life is the most definitive issue in politics.

“No issue reveals the true character of a candidate for public office more than the life issue,” Cruz said in the new video, which was released yesterday. “It's more than a litmus test. It's a window to the soul.”

It's also the most effective political barometer when measuring candidates, because “if they're bad on life they're always – repeat, always – bad on everything else, too.”

“The right to life cannot be compromised like other issues, because a person can't be 80 percent alive and 20 percent dead,” he added, promising to support “legislation that defends the rights of all persons without exceptions, except to save the life of the mother, from conception to natural death.”

In his address, Cruz endorsed a non-binding personhood resolution approved by nearly eight-in-10 of the state's Republican voters.

In the June 2014 primary, the state GOP asked whether Article I, Section 3 of the South Carolina state Constitution should be amended to say that “no person shall be deprived of life without due process of law,” and that these “rights shall extend to both born and pre-born persons beginning at conception.” A whopping 79 percent of South Carolina Republicans voted for the personhood measure.

Unlike states such as Mississippi and Colorado where personhood measures have failed, the issue was not voted on in a general election and was not seriously contested.

“The sweeping success of this personhood resolution means congressional Republicans in South Carolina just received a mandate for personhood from the grassroots,” wrote Keith Mason, president of Personhood USA, after the election. “And if any 2016 Republican presidential candidate expects to do well in the crucial South Carolina primaries, that candidate cannot forget that 79 percent of the base believes preborn children deserve full personhood protections!”

Cruz got the message. “I enthusiastically support that resolution,” he said.

Some in the pro-life movement oppose personhood measures on the belief that they would be struck down by the Supreme Court, whose membership lies precariously in the balance following the death of conservative Justice Antonin Scalia on Saturday. Cruz raised that issue in the video, as well.

“Who do you trust to appoint the Supreme Court justices, who will be the critical, deciding votes to finally overturn Roe v. Wade?” he asked. A poll released this week found that Republican voters said Ted Cruz is best suited to select conservative Supreme Court nominees.

The Cruz campaign has emphasized this issue with a stylized slogan that incorporates the senator's first name into the word “TrusTed.”

His rivals have begun to attack his veracity and dependability after a series of recent criticisms Cruz has launched against others in the pivotal Southern state. Cruz accused Sen. Marco Rubio of failing to vote to defund Planned Parenthood by skipping a vote on a bill that Rubio dismissed as a “show vote.”

Some of the statements in the new video have come under scrutiny, as well.

For example, Cruz said that Donald Trump “wouldn't even pledge to defund Planned Parenthood.” Last September Trump did say on Fox News, however, “I wouldn't do any funding [for Planned Parenthood] as long as they're doing abortions…I would be totally opposed to funding.” His spokeswoman, Katrina Pierson, reiterated that position this week on CNN.

Yet at the most recent GOP debate in South Carolina on Saturday, Trump claimed Planned Parenthood does “wonderful things.”

Cruz responds to that remark in the video. “Donald Trump claimed that Planned Parenthood does a lot of good beside all the babies they abort and then sell their dismembered body parts for profit,” he said, “which is a little bit like saying Hillary Clinton was a great secretary of state except for the four Americans she left behind to die in Benghazi.”

Cruz, a Southern Baptist and son of a preacher, began and ended the video targeted at evangelical-rich South Carolina by citing the Scriptures, with scattered references throughout. Along the way, he repeated his pledge to defund Planned Parenthood before launching a federal investigation from the Defense Department.

A Real Clear Politics average of polls finds Cruz in distant second place with exactly half of Trump's support (17.5 percent for Cruz, versus 35 percent for Trump). The primary is Saturday, with 50 delegates up for grabs.

Ted Cruz gives clean water to pregnant moms in Flint, and the pro-abort media is seething

Donald Trump to Planned Parenthood: Stop all abortions or I’ll defund you

Marco Rubio: Life is a fundamental right given by our Creator (video)