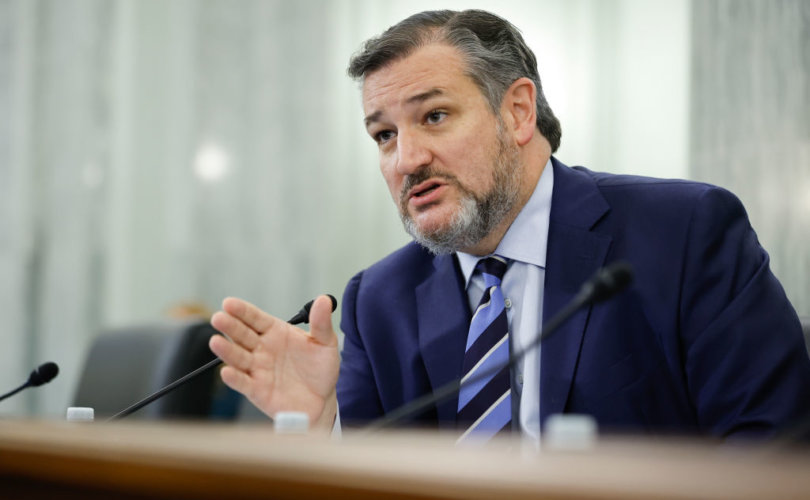 Together with pro-life activist Lila Rose, Cruz penned a letter addressing D.C.’s unwillingness to investigate the deaths of five aborted babies whose bodies were recovered from the Washington Surgi Center, where they had been aborted.

“Since the police took custody of the babies’ remains,” Cruz wrote, “much of the media attention has focused on the pro-life activists who obtained the bodies — not on the abortionist who killed these children, and not on what government officials in the District of Columbia are doing to the remains or whether they’re going to conduct an investigation.”

“That’s why we are calling on Washington D.C. Mayor Muriel Bowser and her Police Chief Robert Contee to preserve evidence for future congressional oversight hearings on the deaths of these five babies.”

Deploring the brutal manner in which the children were killed and the possible violation of federal law, Cruz said, “These children may have been aborted in violation of federal law, and to add to the injustice, the D.C. government that Congress oversees has so far been unwilling to investigate what happened and may instead destroy all the evidence — including evidence that would assist congressional oversight and help bring justice for the five children who lost their chance at life.”

Detailing the District’s refusal to comply with Congressional direction in the matter, Cruz stated, “So far the D.C. government and city medical examiner have been intransigent, refusing to conduct autopsies to determine whether the abortionists violated federal law. Now it seems they want to incinerate the bodies, rather than giving these children a burial or respectfully preserving their bodies to allow for future investigations.”

Highlighting the fact that Republicans may win back Congress at the November midterms, Cruz warned, “Mayor Bowser, Chief Contee and those who enable and profit from the abortion industry in this country should be on notice — it is likely that after the upcoming election in November, control of the Senate will shift to the Republican Party.”

“At that time,” he continued, “Republicans must schedule hearings on likely violations of the Partial-Birth Abortion Ban Act and the Born Alive Infants Protection Act — including these five children who were killed in Washington, D.C.”

Cruz then went on to condemn Big Abortion, calling for a full investigation of business practices and for profiting “from the killing of millions of children.”

“Republicans must also conduct hearings on Big Abortion and the abortion industry at large,” Cruz declared, “on how it has directed faulty, one-sided research; promoted statements suggesting that women cannot be equal under the law or succeed in the workplace without the ability to kill their children in the womb; advertised dangerous abortion-on-demand pills that create grave risks of medical complications to both mother and child; and profited from the killing of millions of children.”

“It is clear that this industry does not have the best interests of women or children at heart, and Congress must play its part in protecting the constitutional rights of unborn children and ensuring their safety from the types of horrific deaths that happened in this case.”