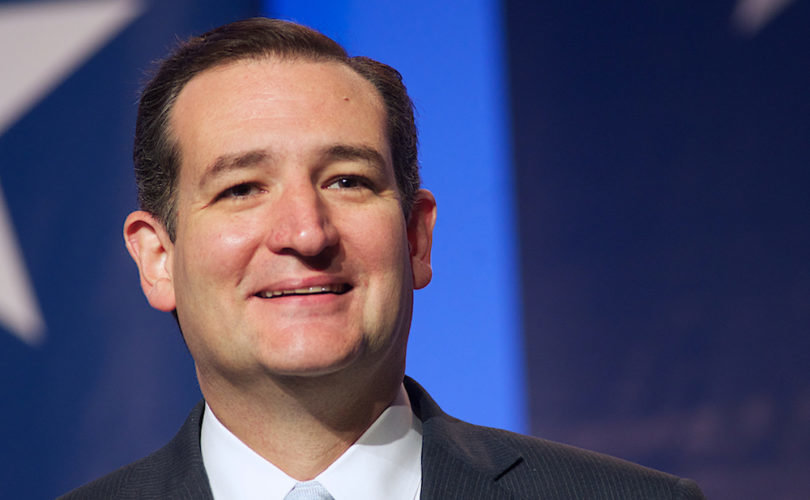 CLEVELAND, May 10, 2016 (LifeSiteNews) – He has left the presidential race – at least for now – but Senator Ted Cruz has not left the fight.

His campaign indicated this week that his delegates will show up in force at the Republican National Convention in Cleveland and fight tooth-and-nail against any attempt to water down the party platform's pro-life or pro-family statements.

Ken Cuccinelli, who was Virginia's attorney general before working for the Cruz campaign this election cycle, wrote an e-mail to the senator's supporters, telling them they must come to Cleveland to fight off attempts to change the party's position on abortion and other socially conservative concerns, such as protecting restroom privacy.

“It is imperative that we fill the Rules and Platform Committees with strong conservative voices like yours,” Cuccinelli wrote to Cruz's supporters.

One strong conservative, Family Research Council President Tony Perkins, has said that will labor mightily against attempts to force the party to adopt a more “moderate” position.

The warning comes after Donald Trump, the presumptive nominee, said last month that he would liberalize the Republican Party platform on abortion, if given the chance. When asked on the “Today” show last month if he would add the exceptions of rape and incest to the party platform, Trump replied, “I would, absolutely.”

Cuccinelli said in the e-mail that conservatives must stand against such efforts, and that “we want to have girls go in girls’ bathrooms” – another point of disagreement between the Trump and Cruz campaigns that emerged late in the primaries.

The GOP's stance on abortion, however, has been a perennial source of tension between the party's rank-and-file and an influential minority of Republicans who would like to delete calls for a Human Life Amendment to the U.S. Constitution.

Even many of those who support Donald Trump's candidacy do not want to see the pro-life plank of the Republican platform – which has often been a battlefield between social conservatives and business-oriented Republicans for decades past – altered.

“I don’t want the platform to change, no,” she told CNN's Jake Tapper yesterday.

She said the “culture of life” that plank represents was “built upon the pro-life views that the majority of conservatives and Republicans hold.”

“I don’t think that there’s a need for that to change,” she added. “I think that the plank in the platform is the way it should be…and want it to stay that way.”

The billionaire would likely lose that fight anyway, sources have told LifeSiteNews. Longtime conservative activist Richard Viguerie told LifeSiteNews that the business mogul “has zero chance of accomplishing that. The Republican Party is not going to change” on such a fundamental issue.

The odds of a showdown over the platform are remote and being magnified by the media, RNC chairman Reince Priebus said. “Donald Trump is not wanting to rewrite the platform,” he said yesterday.

Some critics of the Trump campaign say it would be in his best interests to leave the platform in the hands of the party's conservatives, then ignore it, as other nominees have done in the past – like Bob Dole, who endorsed Trump this week.

The blogger AllahPundit wrote at HotAir.com that Donald Trump would probably have kept “the platform conservative, even if every last Cruz delegate decided to skip the convention this year.”

“It’s a cheap way to pander to wary Trump skeptics within the party by suggesting that he takes their policy concerns seriously,” he wrote. “Are you a pro-lifer worried about voting for a guy whose commitment to stopping abortion seems like it’s an inch deep? Well, just read the platform. Pro-life is still in there.”

“It'll be his olive branch to conservatives,” he predicted.

Still, others wonder if this is not Sen. Cruz's way of assuring his delegates turn up at the convention – just in case there's a way for him to wrangle the nomination away from Mr. Trump. Sen. Cruz said this week that, if he saw a viable path forward, he would lift his campaign's suspension and re-enter the presidential race.

However, most analysts consider that a remote possibility, at best.