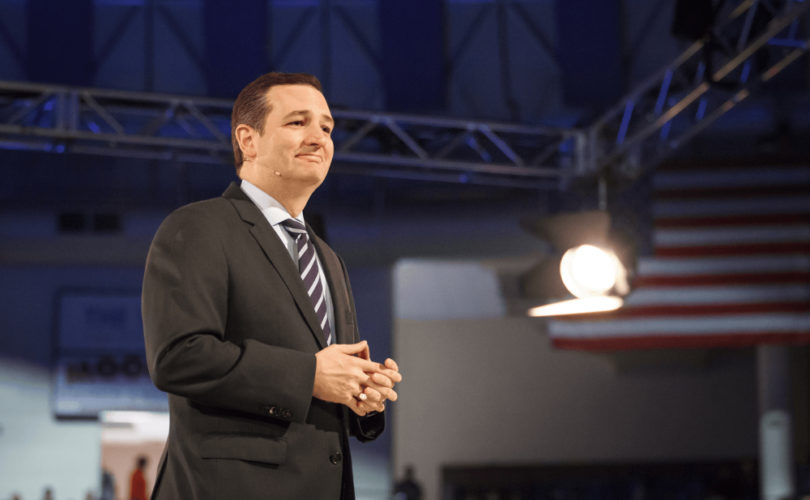 COLORADO SPRINGS, Colorado, November 30, 2015 (LifeSiteNews) — The media made a rush to judgement in blaming the Colorado Springs Planned Parenthood shooting on the pro-life movement, according to Sen. Ted Cruz.

Shortly after the shooting, Planned Parenthood blamed the violence outside the abortion facility on “smear campaigns.” But Cruz rebutted the notion that Americans who support the right to life are responsible for 57-year-old Robert Lewis Dear's shooting spree, that ended three lives.

“The media promptly wants to blame him on the pro-life movement when at this point there’s very little evidence to indicate that,” Cruz told The Texas Tribune, a liberal political website in his home state.

After a campaign event in Newton, Iowa, on Sunday afternoon, Cruz denied that an unstable person's actions should be blamed on a broad philosophical movement, adding that Dear's political leanings seemed complicated.

“It’s also been reported that he was registered as an independent, and a woman, and [he's] a transgendered leftist activist,” Cruz said. “If that’s what he is, I don’t think it’s fair to blame [the shooting] on the rhetoric on the Left.”

The only designations the shooter deserved were “a deranged individual” and “a murderer.”

Cruz declined to label the shoot-out an act of “domestic terrorism” as Mike Huckabee had this weekend on CNN, instead calling it a “murder” that was “evil…horrific and wrong.”

“We’ll find out more out about the facts, but I don’t think we should jump to conclusions,” said Cruz, who has risen to second place in Iowa, just a few points behind Donald Trump in the latest Quinnipiac poll. “We don’t know…what those motives were.”

“I have spent much of my adult life working in law enforcement, working against murderers and those who commit violent crime, and that one officer lost his life is particularly tragic,” he said.

Officer Garrett Swasey, who was killed during the hours-long standoff with Dear, was a pro-life Christian pastor who gave his life trying to defend people inside Planned Parenthood.

Listen to an audio recording of Cruz's remarks: