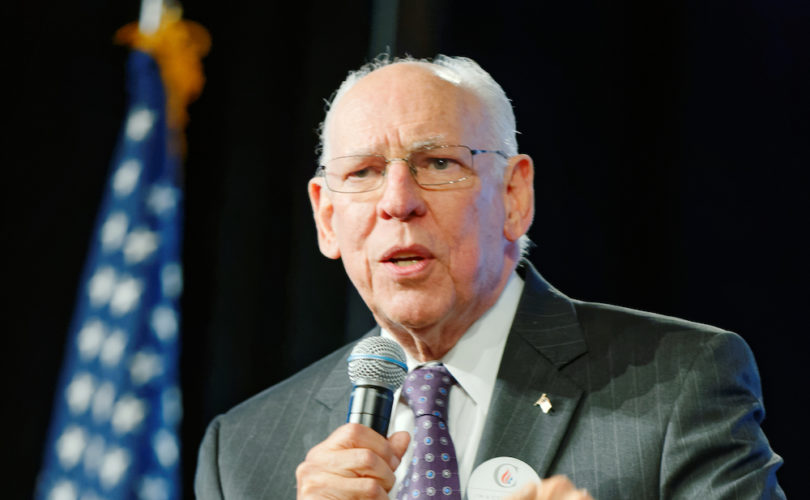 January 6, 2016 (LifeSiteNews) – The father of GOP presidential hopeful Ted Cruz minced no words recently, telling an audience of evangelical Christians abortion is murder and that there are moral absolutes pertaining to life and sexuality.

Reverend Rafael Cruz called on Americans to reject the politically correct language of liberals, such as “gay” for “homosexual” and “pro-choice” for abortion support.

Rev. Cruz was forthright in calling out the duplicity of culturally accepted language used to describe immoral acts.

The preacher went on to explain how the concept of tolerance is also used to advance the homosexual agenda, with tolerance used to silence opposition to the lifestyle.

“Then they try to delude it so it becomes socially acceptable,” he said, “and if you say anything against homosexual marriage, then oh, you’re not tolerant.”

The father of Senator Ted Cruz fled Cuba in 1957 at age 18, earning a degree in Mathematics from the University of Texas while working for 50 cents an hour. He earned political asylum in 1961 and became a naturalized citizen of the U.S. in 2005.

Rev. Cruz has been continually outspoken about Biblical principles and morality, saying in 2013 that Obamacare would “destroy the elderly,” and that life is under attack in the United States.

“Look at where all or most of the abortion clinics are: in the black neighborhoods to control their population,” he stated. “Every black … should be enraged.”

In his recent comments disapproving politically correct language, Rev. Cruz also criticized how society’s acceptance of this moral degradation has come to force people of faith to compromise their beliefs, declaring that there are fundamental moral truths.

“So we’re supposed to prostitute our principles on behalf of tolerance,” Rev. Cruz said.