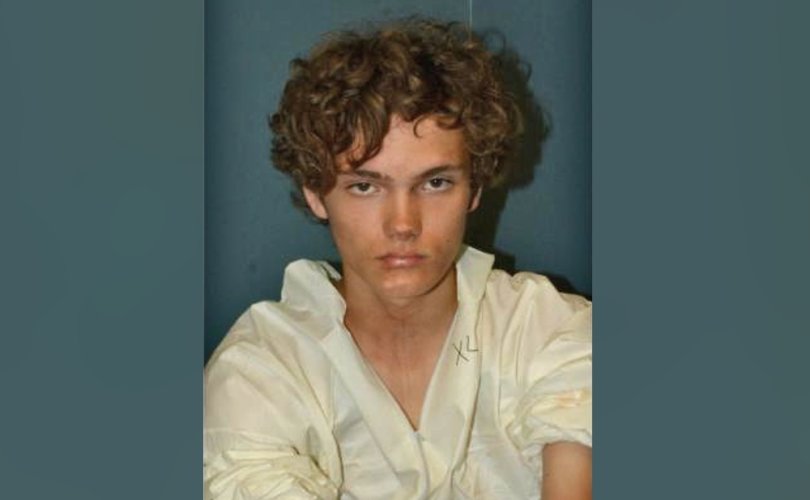 PALM BEACH GARDENS, Florida, March 20, 2018 (LifeSiteNews) – A seventeen-year-old recent convert to Islam murdered a 13-year-old boy with a knife and attempted to murder two others at a birthday party sleepover. After his arrest, he confessed to police that he viewed muslim-terrorist videos and read the Koran to “give him courage.”

Corey Johnson of Florida confessed to stabbing to death with a knife 13-year-old Jovanni Sierra in the wee morning hours on March 12. He explained to police that he was upset at the young teen because Sierra treated celebrities like idols and even referred to them as “gods,” which is against his Islamic faith.

Johnson then went on to assault the mother of the house, Elaine Simon, a family law attorney, when she sought to intervene.  Finally, he stabbed Simon's son, 13 year-old Dane Bancroft, because the boy “made fun of” the Islamic way he prayed and kissed the ground.

He also told police he “stabbed the victims because of his religious beliefs” in Islam.

Palm Beach Gardens Police Department Interim Chief Clint Shannon added in a press conference last week that Johnson took the murder weapon with him to the victims' house. “This was not a random act of violence,” Shannon said.  “Our understanding is he had converted to Islam and had been watching violent videos online.”

“In his statement, Johnson advised he stabbed the victims because of his Muslim faith,” the affidavit stated.

Johnson, whose father is dead, lived with his mother and her boyfriend in Jupiter.

He was known by Jupiter Police, Palm Beach County School District police, and the FBI for seeking out ISIS online and asking to join the Islamic terrorists.  At one point he had a Nazi swastika as his Facebook profile picture.  In fact, he was being investigated for “alleged violent tendencies,” according to the Palm Beach Post, and was “about to be arrested on federal charges,” according to CNN.

The FBI had been monitoring Johnson's social media accounts for over a year because of terror-related activity.  A Jupiter police report noted Johnson watched beheading videos, repeatedly threatened a Catholic school in northern England in 2016, causing 100 students to be evacuated, and was interested in ISIS and other violent groups.  He also was alleged to have access to a gun.

Fox News reports that authorities had planned to file charges against Johnson for “international school threats” just one week before the murder.

Local authorities got involved in the Johnson investigation when his sister reported him to his school because Johnson hit her in the fall of 2016.  She added that Johnson admired Hitler and supported the actions of 1995 Oklahoma City bomber Timothy McVeigh, which killed 168 people.

According to the Jupiter police report, an FBI agent decided not to pursue criminal charges but take a “redirection approach” with Johnson.  Agents met with the teen in March 2017, where he denied being affiliated with ISIS but defended Islamic terrorist Anwar al-Awlaki, who was killed by a U.S. drone strike in 2011.

It was a special birthday sleepover for murdered Sierra, whose name is also given as Giovanni Sierra and who was to turn 13 on Monday.  All three victims were asleep as Johnson woke up at 4 a.m. and soon began his bloody Islamic rampage.  The teen stabbed Sierra multiple times before slitting the seventh grader's throat.  Simon was stabbed at least a dozen times before falling down the stairs.  Dane Bancroft, who attended Watson B. Duncan Middle School with Sierra, sought to help his mother and was stabbed 32 times.

Simon, a family law attorney, ran bleeding to a neighbor, who called 911.  Johnson barricaded himself in a bedroom, but a SWAT team using teargas was quickly able to arrest him.

The birthday boy was pronounced dead at the scene.  Simon and Dane were hospitalized.  St. Mary’s Medical Center listed Simon's condition as “good,” but would not release the minor Dane's condition.

Judge Daliah H. Weiss put Johnson in a juvenile detention center.  A grand jury may decide to try him as an adult.

Watson B. Duncan Middle School Principal Philip D’Amico notified parents of the deaths with a recorded call Tuesday morning.  The call assured parents that “we have no reason to believe it was related to anything involving the school.”

Simon had known Johnson for a decade, and considered him a family friend.  When Jovanni's mother Karen Abreu took him to play paintball and out to eat the day before his birthday to celebrate, the victim saw his next-day murderer and invited him to join the family for pizza.

After dinner out, Abreu ask her son to stay home, so she could hug him on the morning of his birthday.  The soon-to-be-teenager replied, “Mommy, I love you. I want to hang out with my friends.”

“My last words to my son were, 'I love you and have fun,'” Abreu told the Palm Beach Post in between sobs.  “I never imagined that was the last time I would see him.”