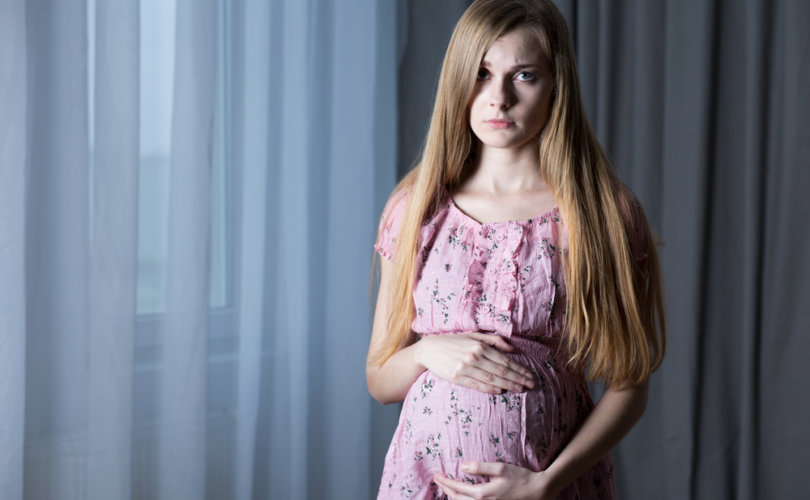 Researchers David Paton of Nottingham University Business School and Liam Wright of the School of Health and Related Research at the University of Sheffield led the study, published in The Journal of Health Economics.

England has been forced to make severe cuts in recent years to its budget, including tax funds for sex-ed in schools and free birth control.

The study sought to “examine the impact of reductions in local expenditure on one particular public health target: reducing rates of teen pregnancy.”

The Paton and Wright research team used statistics from 149 municipalities between 2009 and 2014 and found that after sex-ed budgets were cut, teen pregnancy rates fell by 42.6 percent.

“Contrary to predictions made at the time of the cuts, panel data estimates provide no evidence that areas which reduced expenditure the most have experienced relative increases in teenage pregnancy rates. Rather, expenditure cuts are associated with small reductions in teen pregnancy rates,” they noted.

With the government cuts in sex-ed funding, teen pregnancies in England have fallen to their lowest level since 1969, according to the new study. In fact, the statistics show teen pregnancy rates diminished the most in those areas where secular sex-ed budgets were most aggressively cut.

Paton and Wright suggest their data should be followed up with research into why cutting sex-ed leads to lowering teen pregnancy rates. They speculate, “Underlying socio-economic factors such as education outcomes and alcohol consumption are found to be significant predictors of teen pregnancy.”

Liberals have claimed for decades that unwanted pregnancies would be reduced if the government funded more “safe-sex” instruction in public schools and paid for contraception distributed to teenage girls. But by 1999, after three decades of sex-ed, England attained one of the highest rates of teenage pregnancy in Europe.

“Spending on projects relating to teenage pregnancy may even be counterproductive,” the study concluded. “Birth control will reduce the risk of pregnancy for sex acts which would have occurred anyway but may increase the risk among teenagers who are induced by easier access to birth control either to start having sex or to have sex more frequently.”

Another study conducted in 2009 by the Teenage Pregnancy Unit came to similar conclusions. In 2016, the Cochrane review published findings that government “safe-sex” education had “no apparent effect” in reducing teen pregnancies.

Britain's Office for National Statistics reports that teenage girls' birth rates have fallen by 8.7 percent in the past year alone.

Scott Phelps of the Abstinence and Marriage Education Partnership told LifeSiteNews that to pro-life and pro-family advocates the study's conclusions come as no surprise.

“Sex-education programs serve to normalize teen sexual activity for unmarried teens and young adults,” the pro-marriage champion said. “At the same time, these programs fail to even present the option of abstinence until marriage as an option. As a result, these programs actually increase teens risk of nonmarital pregnancy as seen recently here in the U.S.”

Phelps told LifeSiteNews that he has seen it before. “Specifically, Planned Parenthood of the Great Northwest received a $4 million grant from the Obama administration for sex education,” he continued. “According to a report released by the Obama administration itself, females in the program reported becoming pregnant at a higher rate than females receiving the alternative program.”

Some conservatives suggest that liberal government sex-ed in schools even increases human trafficking, sexual exploitation of minors, and abuse.

Nevertheless, England made contraceptive-based sex-ed compulsory throughout the nation's public high schools in its “Children and Social Work Act” of 2017.

Phelps' Abstinence and Marriage Education Partnership exists “to ensure that every U.S. teenager has the opportunity to hear a clearly reasoned, positive presentation on the benefits of abstinence until marriage.” The group also provides instruction on preparing for a healthy future marriage.