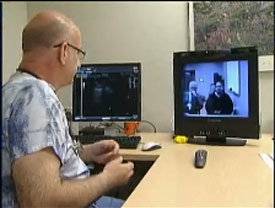 AUGUSTA, Maine, March 1, 2016 (LifeSiteNews) – Women in the state of Maine will soon be talked into abortion and given abortion drugs without ever meeting a doctor face to face.

In a “telemed” abortion, a doctor will prescribe abortifacient chemicals for the mother over the phone. Mifeprex, which is taken while talking with the doctor, progressively kills the mother's growing baby. As many as two days later, the woman takes Misoprostol on her own, which causes her to deliver her dead baby.

Maine Right to Life executive director Teresa McCann-Tumidajski told LifeSiteNews, “Telemedicine abortions set a dangerous precedent and [present] serious health risks to Maine women. For the first time in Maine's history since passage of Roe v. Wade, a physician would not be required to be with a woman during an abortion. The abortionist would not even be required to examine the patient, nor meet her in person. Telemedicine is not used for any other invasive procedures in our nation.”

Jenifer Bowen, executive director of Iowa Right to Life, has been dealing with “telemed” abortion since 2008, when Planned Parenthood began the practice in her state. She explained to LifeSiteNews that telemed abortions “put women in grave danger. Chemical abortions take longer and are bloodier than surgical abortions.”

Bowen noted that telemed abortions “are more profitable for the abortion industry, but far more traumatic for women, who will have to deal with the body of their dead baby at home.”

“We've already heard many horror stories here in Iowa,” Bowen warned the citizens of Maine. “Women, who didn't know that they'd have to deal with their dead baby, storing their tiny baby's corpse in the freezer or throwing the baby's body into a local sewer. There are so many devastating stories across Iowa.”

Critics also say “telemedicine” isn't just a lack of personalized care, but is in fact a dangerous practice for women. They cite cases in which women suffered grave complications, including several deaths from severe infection.

Pro-life advocates say a woman considering abortion should have a physical exam by a doctor for her safety and to help avoid a myriad of possible complications that accompany the procedure.

“Regardless of where you stand on the abortion issue, Maine women deserve the best medical care, not cheap, poor-quality care prescribed over the internet,” Tumidajski reasoned. “At least 11 women have died after a medication abortion.  Telemedicine abortions would lead us backwards into the future, while compromising the health of Maine women. Technology should enhance health care, not compromise it.”

Eighteen states forbid telemedicine abortions, requiring that a medical doctor at least meet the patient, so as to better care for her unique health record, physical circumstances, and personal situation.

Maine Family Planning director Leah Coplon called the telemedicine setup “care to women” and said she is “proud” of the new arrangement.

Tumidajski concluded, “The safety and well being of Maine citizens should be placed over the profits of those in the abortion industry.”

According to the National Abortion Federation, chemical abortions are 95 percent “effective.”  In other words, one in twenty pregnant women stays pregnant after trying to terminate her baby. In case the chemicals don't kill the baby, the woman must agree to a checkup one week after ingesting the abortion drugs to make sure she's no longer pregnant or, if she still has her baby, to undergo a suction abortion.

Iowa and Minnesota also allow the major surgery of abortion to be scheduled without the victim ever meeting with a physician.

When Iowa's state Supreme Court decided that telemedicine abortions are legal in June 2015, the American College of Obstetricians and Gynecologists approved, saying, “Without remote access to medication abortion, more women would have to delay or even forego abortion care.”

“The expansion of webcam abortion is a new low for the abortion industry,” Bowen concluded. “They constantly attempt to make the argument that they 'care for women,' but how can that be when they don't even care enough to provide her with the physical presence of a doctor, and instead leave her to fend for herself, alone?”