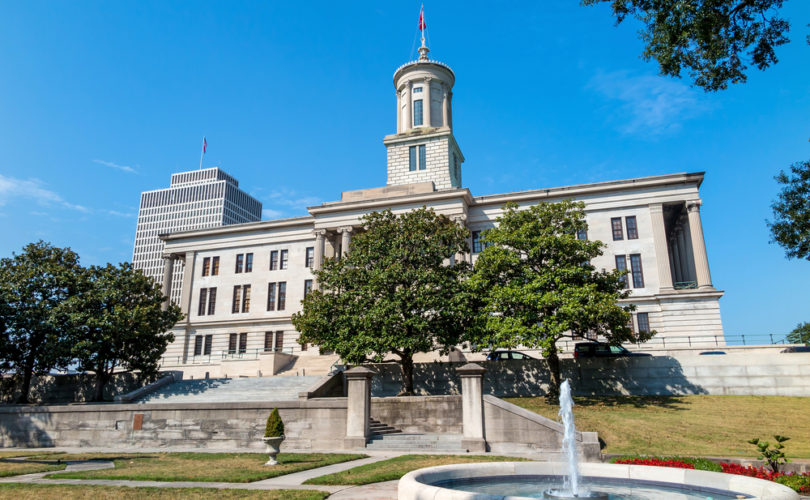 In July 2020, Republican Gov. Bill Lee signed a pro-life omnibus bill that included, among other measures, a requirement that doctors perform an ultrasound before an abortion and a ban on going through with the abortion if a fetal heartbeat was found. Abortion allies quickly sued to block the law from taking effect, and it remained unenforceable until the Court handed down its decision in Dobbs v. Jackson Women’s Health Organization, which declared it was “time to heed the Constitution and return the issue of abortion to the people’s elected representatives.”

The Nashville Tennessean reported that within hours of Dobbs’ release, Tennessee filed an emergency appeal of the injunction against their heartbeat law, asserting a “valid interest in protecting the lives of unborn Tennesseans,” and on Tuesday the U.S. 6th Circuit Court of Appeals vacated the injunction in light of Dobbs undoing the precedent that the heartbeat law conflicted with.

The 6th Circuit upheld our heartbeat law, marking another significant protection for unborn children in our state. I thank TN Attorney General Slatery for his tireless efforts and commend the Court’s swift action on behalf of Tennessee families.

“It is unconscionable that Tennesseans will lose access to abortion in their communities because of this decision,” Planned Parenthood of Tennessee & North Mississippi CEO Ashley Coffield complained. “Planned Parenthood remains committed to helping people in Tennessee and Mississippi access abortions outside our state, and our doors are open for non-judgmental information, resources, and financial and logistical support.”

Curiously, the heartbeat law will turn out to be something of a temporary stopgap until it is superseded by another, stronger abortion ban passed by Tennessee in 2019. That measure, a trigger law meant to take effect after Roe fell, will become law 30 days after June 24. It defines abortion as a Class C felony for any reason except to save a mother from death or “serious risk of substantial and irreversible impairment of a major bodily function,” and specifically rejects mental health claims as a justification for abortion.

Tennessee joins a quickly growing list of states where abortion is becoming mostly or entirely illegal in the wake of Dobbs, as previously-enjoined abortion bans as well as anticipatory trigger laws take effect. More than 20 states have such laws on the books.