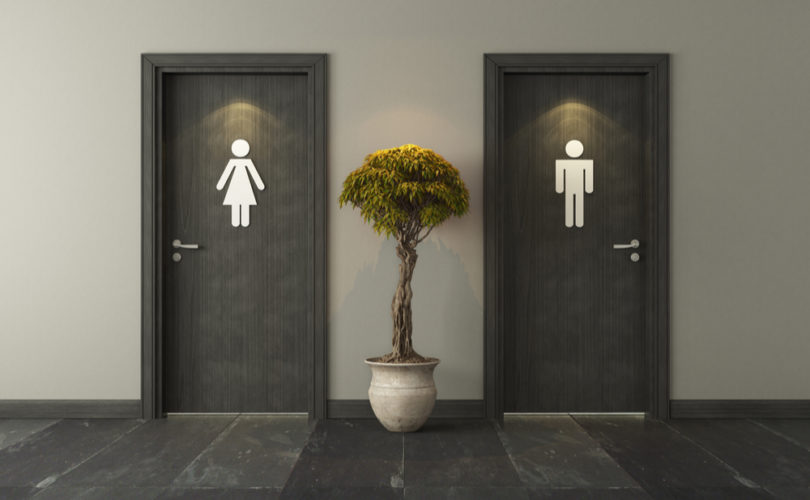 NASHVILLE, Tennessee, May 18, 2021 (LifeSiteNews) – Gov. Bill Lee of Tennessee (R) has signed bills to separate school bathrooms according to biological sex and crack down on policies that increase the risk of sexual assault and other harm in private spaces.

On Friday, Lee signed the “Tennessee Accommodations for All Children Act,” or House Bill 1233, allowing students to sue for damages if they are exposed members of the opposite sex in school bathrooms, locker rooms, or sleeping quarters. HB 1233 mandates that students “unwilling or unable” to use facilities based on their immutable sex may not be granted access to facilities for the other sex.

The Tennessee Accommodations for All Children Act passed overwhelmingly, with a 23-7 vote in the state senate and a 70-22 vote in the house, and takes effect on July 1.

Major corporations, including Amazon, Nissan, Pfizer, and Warner Music Group, had pressured Tennessee not to enact bills like HB 1233. “Tennessee’s future growth and innovation rely” on pro-LGBT positions, a letter signed earlier this year by more than 140 businesses threatened.

Legislation at odds with the LGBT movement would put “our collective economic success at risk,” the letter said.

Tennessee lawmakers openly dismissed the corporate threats. “I think at some point that the people of this state and the legislature have got to decide whether we bow down to corporate people or bow down to the LGBTQ crowd, or do what we think is best for Tennesseans,” Sen. Mike Bell (R-Riceville), senate sponsor of the accommodations act, told the Chattanooga Times Free Press.

“People that were born a certain sex ought to respect everybody else and observe the bathrooms as we have them set up,” Sen. Todd Gardenhire (R-Chattanooga) told the Chattanooga Times. “And just because somebody thinks they’re something doesn’t mean they are something.”

Gov. Lee on Monday also signed HB 1182, which requires businesses to post notices if they let people use bathrooms designated for the sex other than their own.

Any public or private entity that “allows a member of either biological sex to use any public restroom” must make that policy clear “at the entrance of each public restroom and at each entrance of the building accessible by the general public,” HB 1182 states. The bill applies to facilities “where a person would have a reasonable expectation of privacy,” including locker rooms and showering facilities.

Experts have warned for years about the dangers of abolishing sex-based facilities and giving gender-confused individuals access to private spaces for the opposite sex. “Public restrooms are crime attractors, and have long been well-known as areas in which offenders seek out victims in a planned and deliberate way,” Tim Hutchison, former sheriff of Tennessee’s Knox County, has said.

Hutchison noted that “access policies to restrooms based on ‘gender identity’ create real and significant public safety and privacy risks, especially in women’s and children’s restrooms/dressing rooms. These incidents are already occurring.”

In 2018, for example, a “gender-fluid” male student sexually assaulted a 5-year-old girl after a public school in Georgia liberalized bathroom policies without notifying parents. Similar incidents have been recorded across the U.S., as well as in Canada.

In addition to signing HB 1233 and HB 1182, Gov. Bill Lee notably approved a pro-life bill this month stipulating that babies be either buried or cremated after abortion.

“Final disposition of fetal remains from a surgical abortion at an abortion facility must be by cremation or interment,” declares The Unborn Child Dignity Act. The mother has the right to determine the manner and location of the baby’s disposition under the bill.

“I am very grateful this legislation was passed by the General Assembly and has now been signed into law,” said Sen. Janice Bowling (R-Tullahoma), who sponsored the bill. “It is a tragedy in Tennessee that we regulate how veterinarians properly dispose of the remains of animals, but there are no regulations regarding human babies.” Eleven states have approved similar laws to date.

Other child protection and pro-family policies enacted by Tennessee this session include a bill mandating that students compete in sports based on biological sex and a measure that lets parents opt out of LGBT ideology in public schools.

Two week ago, Tennessee lawmakers passed a ban on life-threatening, sterilizing cross-sex hormones — a major component of transgender “transitions” — for children. Lee has indicated that he will sign the bill, the Chattanooga Times said.