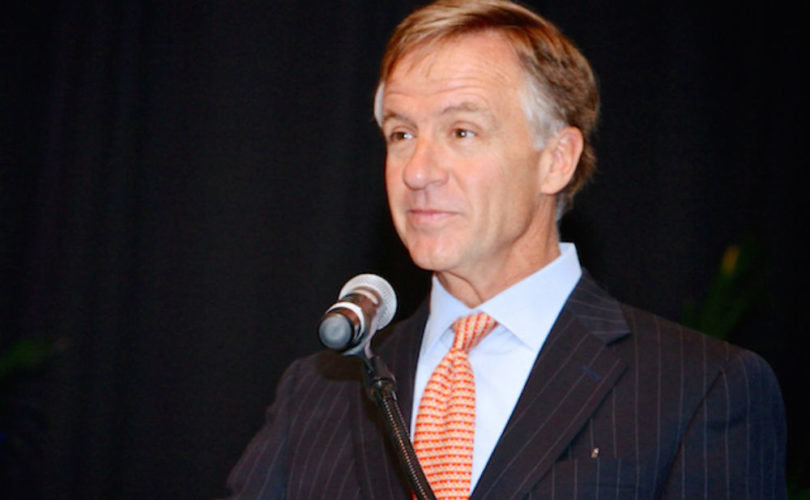 HB 2251 calls on the state to obtain a federal waiver excluding any provider of elective abortions from TennCare, the state’s Medicaid program. President Donald Trump signed legislation last April allowing states to do so.

The ban will take effect within ten business days of securing the waiver. The legislature passed it last month with a 24-2 Senate vote and a 71-17 vote in the House.

“The governor … deferred to the will of the legislature on this bill as amended, and after reviewing the bill in its final form decided to sign the bill into law,” Haslam’s press secretary Jennifer Donnals said, according to the Times Free Press.

“Tennessee Right to Life is grateful to Governor Haslam for his legacy of restoring common sense protections for Tennessee's women, girls, and unborn children,” Tennessee Right to Life president Brian Harris said. “The Governor ran for office as a sincere pro-life candidate and has consistently demonstrated that commitment throughout his two terms.”

Republican state Sen. Mike Bell said that the legislation was necessitated by his discovery of almost $1 million in TennCare reimbursements going to state abortion facilities over a six-year period. “This money is a form of supporting abortions,” he said.

In response to the move, Planned Parenthood of Greater Memphis medical director Sarah Wallet claimed that defunding her business would “especially hurt women of color.” However, The Daily Wire’s Hank Berrien notes that as of 2013, 35% of abortions are performed on black babies, almost double the percentage of the American population that’s black.

Planned Parenthood of Middle and East Tennessee’s Treva Parham claimed that defunding their locations would harm patients who need to travel for medical care. “Patients should be able to go to the provider of their choice,” she said.

In fact, Planned Parenthood only lists four locations in the state, and the pro-life Charlotte Lozier Institute notes that Tennessee’s 267 federally qualified health centers and rural health clinics (as of 2015) outnumber them by a factor of 66. The institute’s map shows alternative healthcare providers at or near the location of every Planned Parenthood facility.

Republican state Rep. Jeremy Faison drew a parallel between Planned Parenthood and the National Rifle Association, a group many of Planned Parenthood’s supporters have vocally denounced for its lobbying efforts. He suggested that his colleagues who opposed HB 2251 were acting more out of political self-interest than principled consideration.

“You hear how mad the liberals are right now, that the NRA gives money to candidates and politicians, see how much Planned Parenthood gives to members of Congress and the Tennessee General Assembly,” Faison said. “Planned Parenthood donates heavily to the campaigns of liberal legislatures. They give a greater number than the NRA gives, financially.”