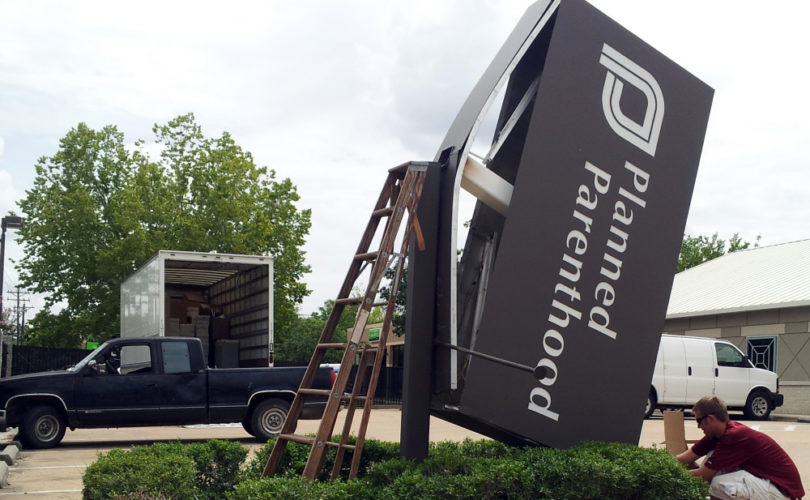 Rep. Jimmy Matlock (R), who introduced HB-2251, said it would “finally, once and for all” stop all state tax funds from funding the abortion industry.

“The time has come to put an end to taxpayer assistance of abortion clinics,” he said.

“They can exist on fees for services and private donations, but they should not be operating with hard-working Tennesseans’ tax dollars,” Matlock added in a press release. “We are blessed with so many good public, private and nonprofit options for affordable women’s health care in every corner of this state, it makes no sense to subsidize abortion providers.”

The measure easily passed the Republican-controlled state House, 71-17 on March 12. It requires state Medicaid, called “TennCare,” to disqualify abortion businesses as recipients via a waiver.  The bill is not perfect in that it contains an exemption for facilities that commit less than fifty abortions a year.

Matlock noted almost one million dollars in tax funds over the past six years went to Tennessee abortion businesses via TennCare. “This money is a form of supporting abortions,” he said.  The U.S. Government Accountability Office reported Tennesseans paid $400,000 to Planned Parenthood in 2014 alone.

“As Republicans are one hundred percent in support of women’s health … This bill would in no way affect the availability of any (women’s healthcare) services in Tennessee,” House Speaker Beth Harwell (R) prefaced her stated support of the bill.

In answer to a challenge of the bill’s effect on Medicaid patients, Matlock reassured with certainty that patients can have their health needs met by any one of “hundreds” of county health clinics, municipal health clinics, and doctors who take Medicaid.

Planned Parenthood of Middle and East Tennessee CEO Keri Adams called the proposed legislation “an attack on women” that will “prohibit women from accessing preventive care at Planned Parenthood health centers and take away a person’s ability to see the qualified health care provider of their choice.”

“This bill has absolutely has no impact on any provider who does not also perform abortions,” Matlock countered.

The proposed law now goes to the state Senate, where Sen. Mike Bell (R) takes up the gauntlet for HB-2251 in the Senate Health & Welfare Committee this week.  Bell credited President Donald Trump for having “opened the doors to the states to request Medicaid waivers.”

The Trump administration’s Department of Health and Human Services rescinded a 2016 executive warning to states from President Obama that they cannot deny Medicaid funds to Planned Parenthood on the grounds that they are abortion providers.

De-tax funding the abortion industry has proven in practice to reduce abortion rates, bring down underage pregnancies, and shrink the number of minors getting abortions.  Once the Hyde Amendment was upheld by the U.S. Supreme Court in 1980, the number of abortions has gone down nearly every year.  Michael J. New at the National Review estimates the Hyde Amendment has saved 2.1 million lives.

Texas defunded Planned Parenthood in 2011, and liberal dire predictions of public health crises have proven to be nothing but hot air.  To the contrary, since defunding the nation’s largest abortion conglomerate the Lone Star State has seen a 49 percent decline in minor abortions and a 33 percent drop in underage pregnancies.

A firestorm of controversy erupted across the nation. Both houses of  Congress began hearings in an attempt to defund the abortion giant, and many states began making attempts to defund Planned Parenthood.