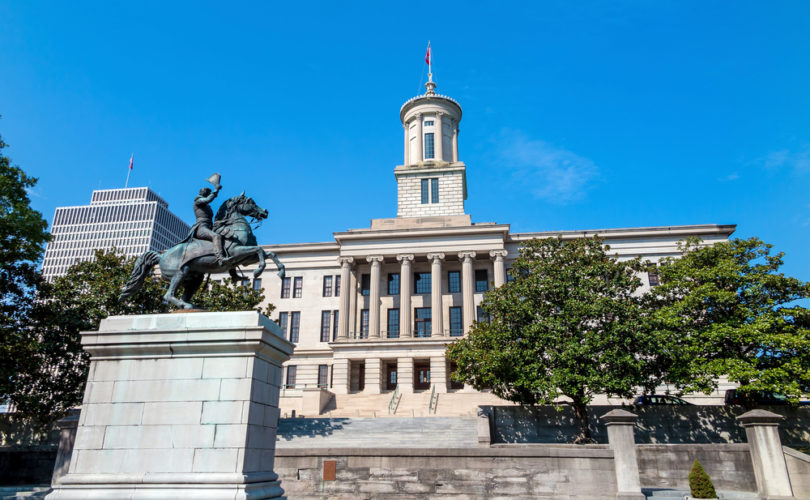 Under provisions of the bill, government officials such as county clerks who issue marriage certificates would be prohibited from recognizing any court ruling affirming same-sex “marriages,” while specifying that the officials may not be arrested for failing to comply with court orders affirming same-sex unions. In addition, the bill requires the state attorney general to defend Tennessee law regarding marriage if challenged by an subsequent court action.

The Natural Marriage Defense Act is known in the state House as HB 1369 and in the Senate as SB 1282.

Should the bill take effect, advocates for same-sex unions likely would challenge it in the courts. A federal district court could rule that the law cannot be enforced because of the U.S. Supreme Court ruling. It appears that the bill, if it becomes law, would require Tennessee to appeal such a ruling to the Sixth Circuit Court of Appeals and thence to the U.S. Supreme Court.

LifeSiteNews called Rep. Sexton’s office, where a spokesperson said the version of the bill in the Tennessee House is not on notice, which means that no committee is currently considering the bill. However, the bill may come up for consideration at a later date. In an exclusive interview with LifeSiteNews, Sexton said he believes that in Obergefell v. Hodges, the U.S. Supreme Court put Tennessee in a quandary over state marriage law. He said the high court can “delete a statute, but they can’t make a statute.”

According to the Tennessean, Sexton said Tennessee and other states were left in a state of confusion over how marriage laws should be enforced. Suggesting his state no longer has a valid marriage law, Sexton told LifeSiteNews that Tennessee still has its own marriage laws on the books but, because of the Supreme Court ruling, it is now “lawlessly” issuing marriage licenses. He told LifeSiteNews that he expects to put his version of the bill on notice so that a committee can consider it. He said he expects to obtain support among his colleagues in the House, and he will coordinate with Sen. Pody as the Senate version advances.

More than 50 percent of Tennesseans are evangelical Christians, according to the Pew polling organization. Sexton told LifeSiteNews that while he is personally opposed to same-sex “marriage,” his concern is over what he sees as interference in the state by the U.S. Supreme Court. He said the Patriots Brigade of Tennessee, a conservative Christian group, has expressed support for his bill.

LGBTQ advocates in Tennessee are preparing to oppose the bill in the state General Assembly.