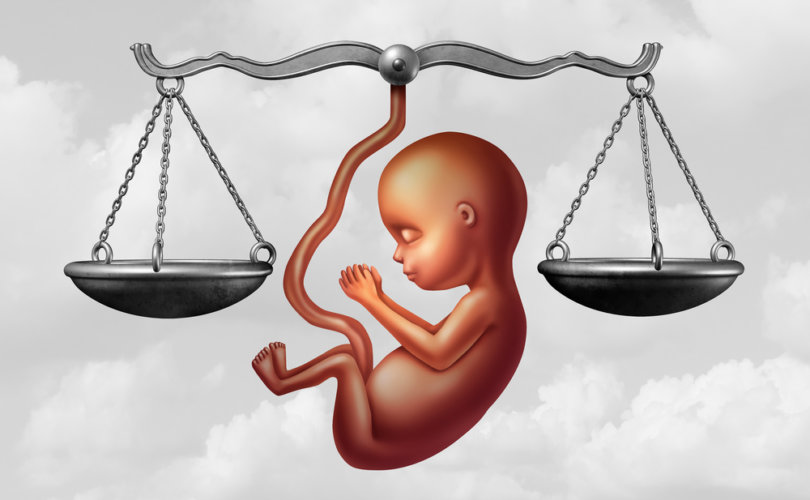 NASHVILLE, Tennessee, February 15, 2021 (LifeSiteNews) — Two Republican politicians introduced a bill in Tennessee which would allow fathers of an unborn child to prevent the mother from aborting the child.

State Sen. Mark Pody and state Rep. Jerry Sexton are sponsoring the legislation, with Pody introducing the bill into the state senate, and Sexton introducing it in the Tennessee House of Representatives. The bills are named SB0494 and HB1079, respectively.

The bill reads: “A person may petition a court with jurisdiction over domestic relations matters to request an injunction to prohibit a woman who is pregnant with the person’s unborn child from obtaining an abortion.”

The court would be able to issue the injunction preventing the abortion, at a hearing where both parties are present, providing that certain conditions are met. The petitioner must prove that he “is the biological father of the respondent’s unborn child; There is a reasonable probability that the respondent will seek an abortion prior to giving birth to the unborn child.”

In addition, if the couple is unmarried, the man must execute “a voluntary acknowledgement of paternity … that is not subject to being rescinded.” For a man to prove that he is the father of the unborn child, he would not be required to take a DNA test.

In comments made to Fox 17 News, Pody mentioned that the mother would also be able to make her case, defending her choice for an abortion.

If the injunction was issued by the court, in alignment with the text of the proposed bill, it would “prohibit the respondent from seeking or obtaining an abortion.” Should the mother ignore a court ruling on the matter, the court could hold her “in civil or criminal contempt and punish the respondent in accordance with the law.”

The proposed pro-life legislation has been met with angry responses by abortion advocates online. Tennessee Democrat state Sen. Brenda Gilmore commented on the bill, decrying her Republican colleagues' attempts to protect the unborn. “Always making the news and always about controlling a woman’s body. We cannot fund our schools to the fullest but we can work our hardest to secure a woman’s womb,” she wrote.

In a statement to the Huffington Post, Francie Hunt, executive director of Tennessee Advocates for Planned Parenthood, also attacked the bill, calling it “an unconstitutional, insulting, and dangerous bill. Nobody should have the power to make health care decisions for someone else — not a judge, a partner, and certainly not a rapist regardless of paternity.”

However, speaking to Fox 17 News, Pody defended the bill, pointing to the rights of the father in the life of the unborn child. “If he can prove to the courts that he is the father, the biological father, then he has rights to what’s going on with his son or daughter.”

“In this case, we’re saying that we want that father who is just as much of a parent as that mother is, it took two of them to create this human being, and we believe that they should have that opportunity to raise that child,” Pody continued.

Pody and Sexton aim for the bill to take effect on “July 1, 2021, the public welfare requiring it.” Currently, the bill passed on its second consideration, and has been referred to the Senate Judiciary Committee.

A 2014 survey by Pew Research Center found that 55% of adults in Tennessee held abortion to be illegal in all or most cases. The Guttmacher Institute presented data revealing that in 2017 there were 12 abortion facilities in the state, and over 12,000 abortions were carried out that year.

Tennessee already has a number of pro-life defenses against abortion in place. In 2014, the state managed to pass a pro-life amendment to the state constitution, despite challenges in federal court by abortion provider Planned Parenthood. The amendment stated that the constitution did not contain protect “a right to abortion or the funding of an abortion.”

Furthermore, should the 1973 Supreme Court ruling Roe v. Wade be overturned, the Human Life Protection Act would immediately take effect, making it a felony to perform or attempt to perform an abortion.

It’s not the first time the two Republican lawmakers have partnered in pro-family legislation. In 2019, Pody and Sexton drew up legislation seeking to prohibit same-sex “marriages” in the state, noting that despite the U.S. Supreme Court’s 2015 Obergefell v. Hodges decision to legalize same-sex ”marriage,” Tennessee had already passed a state law and amended its constitution to limit marriage to one man and one woman. However, the bill did not pass either the state house or senate.