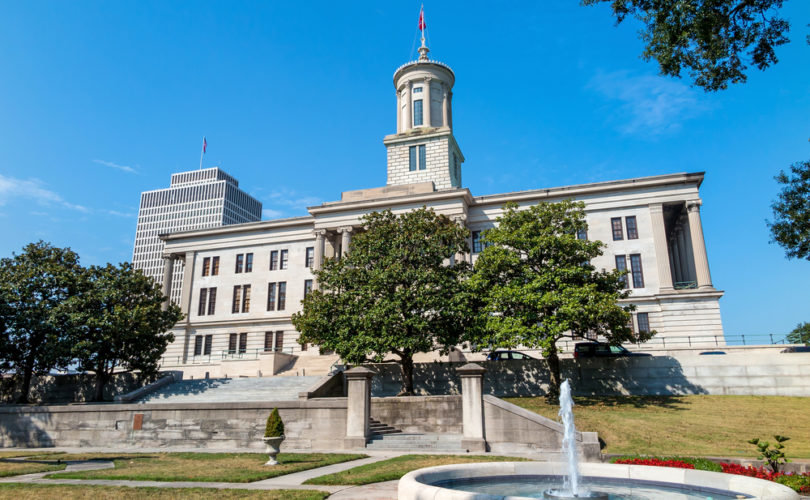 NASHVILLE, TN, April 23, 2015 (LifeSiteNews.com) – It’s been 15 years in the making, but the pro-life citizens of Tennessee – who fought their way through a maze of legal rulings restricting their will – have again required abortion clinics to meet the same medical standards as other surgical centers and to fully inform clients of the health risks associated with abortion.

One of the bills is ready for the governor to sign into law while the second, after passage by the state House of Representatives, is back before the state Senate for re-approval after a minor amendment. Both passed with overwhelming majorities.

The first requires all facilities doing more than 100 abortions a year to meet the same health standards as any other surgical facilities in the state. Only four of the state's eight abortion facilities do at this time.

The second bill requires clinics to make a woman seeking abortion wait 48 hours, and to inform her of the stage of pregnancy, state of the fetus, possible health and psychological consequences of abortion, and services available to her if she chooses to have her baby.

“I’ve volunteered in pregnancy centers, so I know that many of these women actually don’t have a lot of information and can really benefit from it,” Ed Albin of Tennessee Right to Life told LifeSiteNews.

Governor Bill Haslam, who was elected in November on the same ballot as a constitutional amendment declaring the state constitution contained no right to abortion, is expected to swiftly approve both bills.

Albin said that the same bills were law in 2000 when the state Supreme Court threw them out based on an unwritten right to abortion it found in the state constitution. A dissenting judge advised that the majority ruling could be best overcome by a constitutional amendment declaring no such right existed. This required both the Senate and House of Representatives to pass the amendment, and then, after an election, to pass it again, but this time with two-thirds majorities, and then for it to be passed again on the next “governor’s ballot” – a way to piggy-back a referendum on the gubernatorial vote.

“We had no problem getting it through the Senate,” said Albin. “But we had a pro-abortion Speaker of the House of Representatives who stuck it in a committee so that it never got to the floor of the House, where it would have passed.”

Eventually that Speaker was defeated and the amendment was passed twice, finally, in 2011. “But then it had to be put on the ballot of a governor’s election,” said Albin, “and the next one wasn’t until 2014.”

The campaign was fierce, said Albin, with Planned Parenthood, the American Civil Liberties Union and their allies spending $4.5 million and the pro-life side spending $2.5 million. The amendment passed by a 53 ot 47 percent margin, opening the door for this year’s abortion restrictions.

“It’s taken us 15 years and a constitutional amendment to get to the point today where we can pass legislation to protect women and girls in this state,” Tracy Dunn of Tennessee Right to Life told local media.

But Tory Mills of Planned Parenthood of Middle and Eastern Tennessee told a TV station that safety had nothing to do with the two bills. “Both of these bills were designed solely to restrict access to safe and legal abortion.”

But Mills says, “Abortion is a very private decision and women approach this decision in consultation with their doctors, with their families and with their faith and their moral codes. It’s dangerous for politicians to be part of that decision.”

Planned Parenthood of Middle and East Tennessee’s president and CEO Jeff Teague told reporters, “There's potential for there to be a loss of access. Some of the providers may be forced to close, because of the restrictions that are now being placed.”

“We're going to be encouraging the governor to veto both of these bills, but that's unlikely,” he admitted.

Waiting periods for abortion do reduce the number of abortions and they also lead many women to travel to less restrictive states, according to a research survey by the pro-abortion Guttmacher Institute, which was originally set up as an arm of Planned Parenthood. When Mississippi passed its wait-period and informed consent laws it reduced abortions by 22 percent for residents and 30 percent for out-of-state residents, but drove many women to less restrictive states for the operation. Overall, it reduced the number of abortions for Mississippians by 11 to 13 percent.

In Tennessee, where 15,000 abortions are performed annually, that would mean at least 1,200 unborn baby Tennesseans would be saved, while 900 abortions would be performed on out-of-state mothers, significantly reducing the revenue streams for the state abortion industry.

Abortion operations in Tennessee can still sue in the federal courts, which has deemed similar restrictions on abortion in other states “an undue burden” on women.