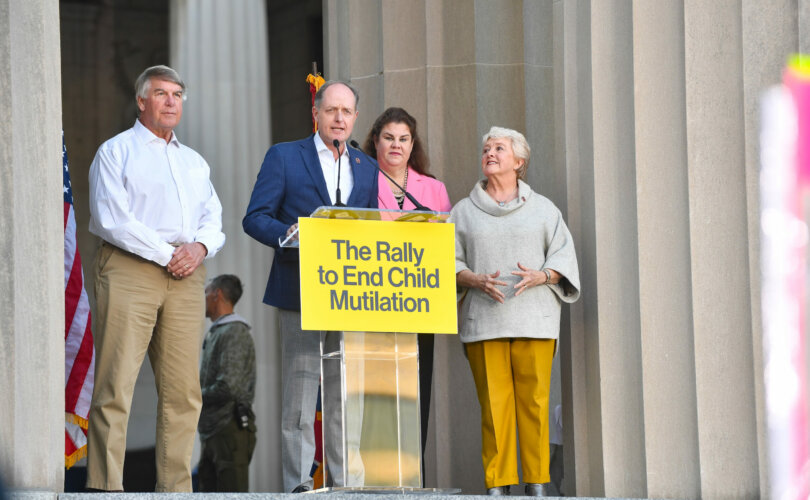 NASHVILLE, Tennessee (LifeSiteNews) — Republicans in the Tennessee General Assembly introduced legislation to prohibit drag shows and other adults-only performances in places where they could potentially be viewed by children.

The Tennessean reported that SB03, sponsored by Senate Majority Leader Jack Johnson, would forbid “adult cabaret performances” – defined to include strippers, exotic dancers, “male or female impersonators who provide entertainment that appeals to a prurient interest” – from being held on public property or in places where they could be seen by a child. First offenses would be misdemeanors; repeat violations would be Class E felonies, punishable by up to six years in prison.

The bill was motivated by a series of incidents in the Volunteer State of children being exposed to sexually charged drag performances, including a September event in Jackson that was initially billed as “family friendly,” and a Chattanooga “Pride” youth event in which a small child touched the dress of a (non-drag) stage performer.

“I don’t want to ban a theater company from doing a production of Mrs. Doubtfire in a public park,” Johnson explained, according to a WKRN report. “Most people have seen that movie where Robin Williams was dressing up as a woman. We don’t have an issue with that. We do have an issue with men dressed as women simulating sex acts in public parks in front of kids.”

“You know it when you see it,” he went on. “When you have a drag show and the people participating in that performances are clearly doing sexually suggestive things as part of that drag show, I think most people understand that and there are legal things to define that.”

In recent years, LGBT activists have settled on drag as a means of promoting gender fluidity to children, from “Drag Queen Story Hour” events, in which adult cross-dressers read storybooks to children, to simple drag shows advertised as part of family events. Many such events have exposed children to sexually charged performances as well as drag queens who range from X-rated performers in their day jobs to convicted pedophiles and prostitutes.

Tennessee Republicans are also pushing legislation to ban both puberty blockers and cross-sex hormones and surgeries for minors in the state. The Hamilton County Conservatives have launched a petition to urge state legislators in Tennessee to pass a law “stipulating that all drag shows or events featuring drag performers must be for persons 18 years and older only.”

“Children under the age of 18 shall not be permitted to attend [a drag event], even if they are  accompanied by their parent or guardian,” the petition states.