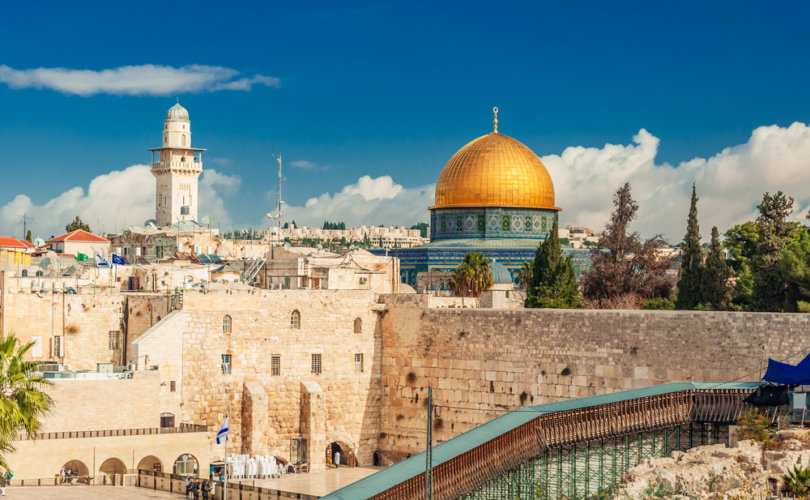 JERUSALEM (LifeSiteNews) — Thousands of Israelis have descended on Jerusalem in trucks and other vehicles to protest ongoing COVID restrictions in a Canadian-style freedom convoy.

Traffic was brought to an almost complete standstill in some parts of Jerusalem on Monday, as an estimated 30,000 vehicles converged in the city from different parts of the country, though the mainstream media have been drastically downplaying these figures.

Hundreds of them took the main highway connecting Tel Aviv to Jerusalem and gathered in front of the Knesset, the Israeli parliament.

HAPPENING NOW IN ISRAEL: 30,000 vehicles and 40 convoys from 40 cities across Israel converge into one united Israeli Freedom Convoy in Jerusalem to protest the undemocratic #Covid restrictions. Inspired by the great #CanadianFreedomConvoy#IsraeliFreedomConvoy #FreedomConvoy pic.twitter.com/EriCLGPi16

Over 20,000 vehicles in a Freedom Convoy blocked the roads in Jerusalem. pic.twitter.com/pOEgmWSJrL

Other protesters were on foot and gathered at junctions of the freedom convoy, waving banners, beating drums, and chanting slogans against COVID mandates and in support of the convoy.

According to RT.com and France 24 some protesters were seen waving the Canadian flag.

In #Jerusalem #Israel outside Israel’s Knesset, citizens join #IsraelsFreedomConvoy to call for an immediate annulment to Israel’s state of emergency and to the recent “Enabling Act” which establishes the infrastructure for #COVID19 laws and which compromise basic human rights. pic.twitter.com/vEChlb78ja

Though Israel has started relaxing some of its COVID restrictions, for example, requirements to show proof of vaccination to enter certain public spaces, others, including mask mandates, have remained in place.

Israel is one of many countries where people took inspiration from Canada to start their own freedom convoys.

In France, similar protests have taken place over the weekend despite attempts by police to harass and intimidate truck drivers there.

Other freedom convoy protests were also reported in New-Zealand, Australia, Switzerland, Belgium, Austria, and the Netherlands.

Meanwhile in Canada, the freedom convoy which started last month is still ongoing in Ottawa, with considerable growth in numbers over the weekend.

In an attempt to thwart the protesters efforts to gain their freedoms back, Canadian Prime Minister Justin Trudeau has invoked the “Emergencies Act” (EA), something unprecedented in Canada since 1970.