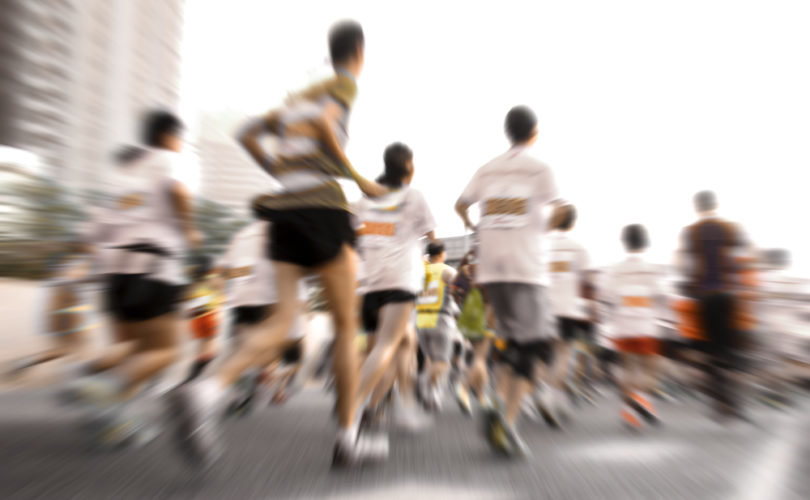 CANADA, September 16, 2016 (LifeSiteNews) — Canadian parents worried about letting their kids participate in the upcoming Terry Fox run because of the organization’s ethical positions on life can breathe a sigh of relief. The foundation has confirmed to LifeSiteNews that it does not provide funding for projects involving human embryonic stem cells, and furthermore, that it no longer funds research organizations that do.

“I can confirm unequivocally that we do not fund embryonic stem cell research,” said Martha McClew, Ontario director of The Terry Fox Foundation (TFF), in a telephone interview with LifeSiteNews. McClew forwarded to LifeSiteNews a 2015 letter from TFF executive director Britt Andersen in which he states that funds raised by the foundation and doled out to various research groups through the Terry Fox Research Institute (TFRI) have never been used to fund research projects that use human embryonic stem cells.

“We take this matter seriously and want to reassure you that in the eight years in which the Terry Fox Research Institute has existed we have definitively never funded a project that has included embryonic stem cell research,” the letter addressed to Jakki Jeffs, the executive director of the pro-life group Alliance for Life Ontario, stated.

The letter further stated that in May 2005, Terry’s brother Darrell Fox communicated to the Ontario Conference of Catholic Bishops (OCCB) that “we have no plans to fund hESC [human embryonic stem cell]” and that “if and when this position changed we would inform the OCCB immediately.”

“This position has not changed,” the letter stated.

When LifeSiteNews asked the foundation if it funds any organizations that include embryonic stem cell research in the work that they do, Andersen responded by email: “In answer to your question, as far as we are aware we do not fund any research organization that conducts research on human embryonic stem cells. This is information that would need to be disclosed [to] the TFRI during the granting process so we [have] considerable confidence.”

When LifeSiteNews pressed the question, pointing out that the TFRI lists Genome Canada, an organization directly engaged in research projects that use human embryonic stem cells, as a research partner on its website, Andersen responded: “Genome Canada does not receive any funding from TFRI. In fact, they are listed as a research partner because they are co-investing in glioblastoma (brain cancer) project Alberta.”

Canada's annual Terry Fox run raises millions for cancer research. The event is inspired by the country’s hero Terry Fox, who, after being diagnosed with bone cancer and having a leg amputated, decided to run across Canada to raise money for cancer research. He died in 1981 at age 22 after cancer spread to his lungs. He had completed 5,373 kilometres (3,339 miles) of his planned run.

Many schools, including Catholic ones, take part in the run to raise pledged amounts for their efforts.

In 2004, LifeSiteNews reported that TFF had made the National Cancer Institute of Canada (NCIC) one of its main beneficiaries, an organization that performed research on stem cells harvested from human embryos. Critics were not satisfied with the foundation’s explanation that funds to the NCIC were prohibited from being allocated to embryonic stem cell research, noting that donated funds are fungible, meaning they potentially free up funds that the research institute can then direct to morally problematic research. The TFF continued to fund the NCIC until its demise in 2009, at which point it gave TFRI the responsibility to oversee its entire cancer research portfolio, working in collaboration with provincial and national agencies.

Katherine Koyko, TFF director of marketing & communications, further corresponded with Jeffs in October 2015, stating that “Our research does not involve the use of tissue and organs from aborted children.”

A funding application page on TFRI’s website does suggest that the organization provides funding for human embryonic stem cell research, however the Terry Fox Foundation insists it is no longer accurate.

In one section, the application states: “Applicants are required to approach TFRI before submitting an application for support of research including human embryonic stem cells. TFRI endorses the guidelines set forward by the Canadian Institutes of Health Research [CIHR] ‘Human Pluripotent Stem Cell Research'.”

McClew told LifeSiteNews that the wording on the application is outdated and needs to be corrected.

“Unfortunately there is some wording on the website of the TFRI which implies we would consider that kind of funding. That is wording there that we’ve asked to be changed since we do not fund embryonic stem cell research. This gives a very wrong impression to people,” she said.

Andersen also makes it clear in the letter to Jeffs that endorsing CIHR guidelines “does not mean that it is our policy to fund hESC research.”

Update September 24, 2016: LifeSiteNews added additional information explaining the discrepancy between TFF’s application for funding which suggests that it supports research projects using human embryonic stem cells and its stated position on the matter.