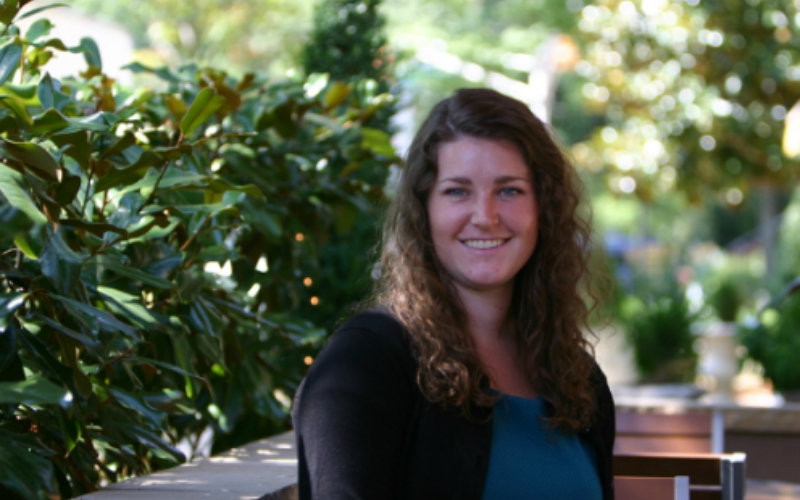 “I found out I was donor conceived a week shy of turning 22. My initial reaction was to cry incessantly and leave my parents," says Katy Doran.

I heard nothing after that. My ears sort of popped and I could not wrap my head around what this lovely young woman just said. Surely that technology hasn’t been around long enough for babies created thusly to be adults? Wait a second, I thought, I can vaguely remember when the first “test-tube” baby was celebrated and OH WOW. That was like, 35 years ago! I was dumbfounded. It seems whenever people talk about reproductive technology creating babies they tend to focus on, well, babies. The first batches of these babies are all grown up now, and more than a few of them are none too happy about the circumstances surrounding their conception.

“Excuse me, did I just hear you say you are a “donor-conceived person”? Does that mean—?”

I made a few new friends at last year’s National Right to Life Convention in New Orleans, including two outspoken opponents of third-party reproduction: Alana S. Newman, editor of the book, “The Anonymous Us Project: A story-collective on 3rd Party Reproduction” and founder of the Coalition Against Reproductive Trafficking; and Katy Doran, the young lady in the snippets of conversation above. Both were conceived as a result of third-party reproduction and both are activists in the battle to end the commodification of children.

Third-party reproduction includes not only In-vitro fertilization (IVF), but also refers to artificial insemination, donor sperm and eggs, and conventional and gestational surrogacy. In IVF the sperm and egg are united in a laboratory (this is why the resulting embryos were initially called “test tube babies”) and then implanted into a woman’s waiting womb. The woman receiving the implanted embryos may or may not be genetically related to the baby she will carry. The new life can be created using donor sperm and egg, or the woman’s own egg and her husband’s sperm, or any combination. Since the first successful birth from a gestational surrogate in 1985 this has become the preferred arrangement as it virtually eliminates surrogates having a change of heart and making custody claims on the child they delivered.

Artificial insemination is when a woman is inseminated with donor sperm or, in some cases, her husband’s sperm. Thus it follows that if an infertile couple is using a donor egg and donor sperm to create embryos to be implanted into yet another woman (not the egg donor) a child could theoretically have five parents: the social (commissioning) parents, the genetic parents, and the gestational surrogate mother.

The “Infertility Industry” is a growing multi-billion-dollar industry. Surrogacy and the selling of human eggs and sperm generate huge profits. One commissioned pregnancy can generate as much as $300,000. If we believe that human beings should not be for sale and should not be trafficked or manufactured like products, and if we believe that women deserve better than to be treated as mere baby machines, then we must oppose third-party reproduction, surrogacy in particular.

I attended a lecture given by Katy about third-party reproduction in general, and about her personal experience in particular. She related, “I found out I was donor conceived a week shy of turning 22. My initial reaction was to cry incessantly and leave my parents. I was visiting from college for Thanksgiving, and all I wanted to do was go home to my University and go to a movie by myself.” Escape. She also shared that one of the most upsetting details about her conception was that it was a financial transaction. What struck me most was her palpable desire, shared by many donor-conceived persons, just to know where she came from. It is primordial. To whom do I belong? Why is “blood thicker than water”?

Certainly couples who cannot conceive naturally and who choose to purchase gametes and/or commission a surrogate know the pull of wanting a child to whom they are genetically related, as the overwhelming majority of these arrangements result in a child who is related to at least one of the commissioning adults. Many (though not all) adoptees experience a similar urge to know their genetic parents. The difference, of course, is that adoption is a plan put in place as a solution to circumstances that prevent the child from being raised by her biological parents, whereas third-party reproduction is a financial arrangement set in motion long before conception. Third-party reproduction deprives a child of his or her genetic mother or father, or both… by design.

“I didn't really open up about it and share my feelings until my brother found our father the following spring, about a year and 5 months after I found out about my conception,” Katy said. Her brother (social sibling and full genetic sibling) Matt Doran started DonorChildren.com, the only free donor-conceived registry in America. His website has connected more than 100 family members of donor-conceived people and donor parents.

To be sure, there are plenty of donor-conceived persons who profess that the manner in which they were conceived does not affect them positively or negatively. Some of their stories are included in the “Anonymous Us Project” book which contains contributions from around the world and includes views of sperm and egg donors as well as donor-conceived persons and commissioning parents. The common thread throughout the book is that the culture seems to allow for only one acceptable emotional reaction from the donor-conceived person—gratitude. Should an individual veer from this socially-acceptable emotional path and express any sort of misgivings, sadness, anger, hurt, confusion, and doubt the label “ungrateful” is applied and any hope at dialogue is shut down.

“I hate being donor conceived. I think it is ridiculous and bizarre that the two people that made me have never met and never will meet. I think it’s creepy that my dad was paid. I think it’s creepier that agents and salespeople and commercial doctors worked so hard to create me and now that I’m an adult have no interest in my opinion. They’re like drug pushers. Selling substances that cure baby cravings. Do they have anything to cure my father cravings?”