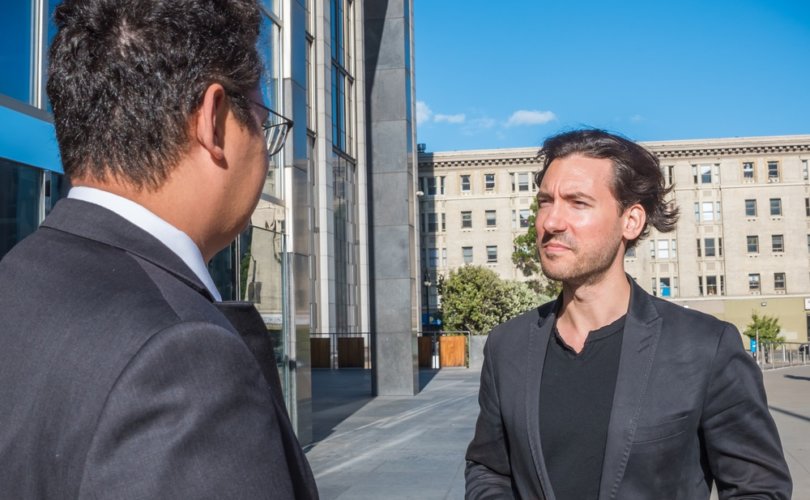 In a pre-trial conference Monday, U.S. District Court Judge William Orrick also set aside up to 21 days and laid the ground rules for the jury trial of the pro-life defendants that begins October 2.

Biomax, the fictitious tissue procurement company used by CMP journalists, is also named in the suit.

Daleiden and Merritt are also charged with 15 felony counts of illegal taping of confidential information.

Their criminal preliminary hearing began last week and is expected to run until at least September 13. If convicted, they face a maximum sentence of 10 years in jail.

As for the civil matter, Orrick dealt on Monday with procedural matters and motions, sparking argument from pro-life lawyers regarding proposed witnesses and evidence the judge disqualified.

He considered disputes over whether CMP’s undercover “videos exposed illegal conduct, or whether Planned Parenthood affiliates made a profit from selling fetal tissue, or whether there were any live births during abortion…not particularly relevant to these proceedings,” Orrick said.

The “motive” of the defendants in embarking on the undercover project “is not as important or not important at all, as far as what is actually done,” he said.

The issue to be decided by the jury is, “were the defendants allowed to do the things they actually did.”

Orrick therefore ruled out witnesses the defense proposed to call to testify about abortion practices in Planned Parenthood facilities.

But Charles LiMandri, one of the lawyers defending Dalieden and the CMP, argued that this testimony was needed to establish that Daleiden and the Center for Medical Progress undercover investigators had a reasonable belief they were collecting evidence of violent crimes.

“There are important claims that need to be brought into focus,” LiMandri said, including the claim that four Planned Parenthood affiliates had a “profit motive” to ensure that babies were born alive because a “more mature fetus” had “more marketable body parts.”

“We believe there is evidence” babies are born alive in Planned Parenthood facilities because of the Stanford School of Medicine study that used Langendorff perfusion, which requires a beating heart, “only got the hearts from Planned Parenthood,” LiMandri said.

He also referred to a CMP undercover video in which Perrin Larton, procurement manager for Advanced Bioscience Resources, said there are instances where the mother will just put her feet in the stirrups and “the fetus will just fall out.”

LiMandri pointed out that Planned Parenthood receives massive amount of public funds annually and should be “under public scrutiny.”

Orrick said LiMandri was asking him to “be the first judge in the country” to interpret laws on the procurement of human fetal tissue, to which LiMandri responded: “Congress already did it,” adding that seeking a ruling on the “market in human fetal tissues” is not “asking the court to do that much.”

In another exchange, Kate Short of Life Legal Defense Foundation, who is representing Rhomberg, objected to Planned Parenthood asking damages of $1.5 million in security costs because of a computer hack into its systems it claims was motivated by the undercover videos, telling Orrick Planned Parenthood had previously dropped this claim.

CMP’s lawyers have sought to have Orrick disqualified from the case because he served on the board of an organization that houses a Planned Parenthood clinic, but to no avail.