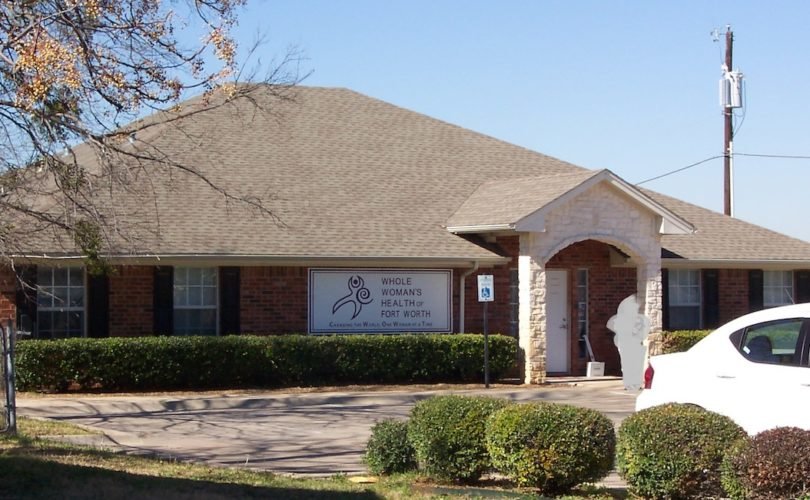 A Whole Women's Health clinic in Fort Worth, TexasAbortionDocs.org

AUSTIN, Texas, June 15, 2018 (LifeSiteNews) — The abortion lobby in Texas launched a new legal strategy this week it hopes will invalidate scores of pro-life laws that have been on the books for years.

On Thursday, attorneys representing the infamous Texas abortion provider Whole Woman’s Health filed a lawsuit against the state’s ultrasound requirement, 24-hour waiting period, licensing standards, requirement that abortions be performed only by doctors rather than clinic staff, and more.

The basis of the new challenge is the U.S. Supreme Court’s 2016 decision to strike down the state’s requirement that abortionists have admitting privileges at nearby hospitals and abortion facilities adhere to the same building standards as ambulatory medical facilities.

The court concurred with the abortion industry’s narrative that the conditions were medically unnecessary and constituted a burden on women seeking abortions, despite dozens of nonpartisan medical associations affirming at the time that admitting privileges were a legitimate medical standard.

Whole Woman’s Health, the plaintiff in that case, now argues that the state’s other abortion restrictions are unconstitutional under the exact same reasoning. “Some of the things we're challenging are 10, 20 years old,” Whole Woman's Health CEO Amy Hagstrom Miller said.

“Abortion providers have been complying with the laws being challenged in this case for years. They are common-sense measures necessary to protect Texas women from unhygienic, unqualified clinics that put women's lives and reproductive health at risk,” Marc Rylander, a spokesman for Texas Republican Attorney General Ken Paxton, responded in a statement.

He dismissed the latest effort as part of the “radical pro-abortion agenda,” noting that the Supreme Court has already expressly ruled that some of the challenged laws are constitutional. While modern Supreme Court precedent falsely asserts that the Constitution contains a right to abortion, the court has also repeatedly recognized a legitimate state interest in protecting both prenatal life and women’s safety.

Overlooked in much of the media coverage during and since the trial is the fact that Whole Women’s Health is itself a repeat violator of health and safety requirements.

Last year, a Texas Department of State Health Services report identified numerous offenses at the chain from 2011 to 2017, including rusty equipment, failing to properly disinfect and sterilize instruments between use, lacking proper written operation procedures, improper storage of hazardous chemicals, unsanitary surfaces, failing to follow up with patients, holes in the floor, and more.

Over the years, pro-abortion lawsuits against duly-enacted pro-life laws have cost U.S. taxpayers millions of dollars.