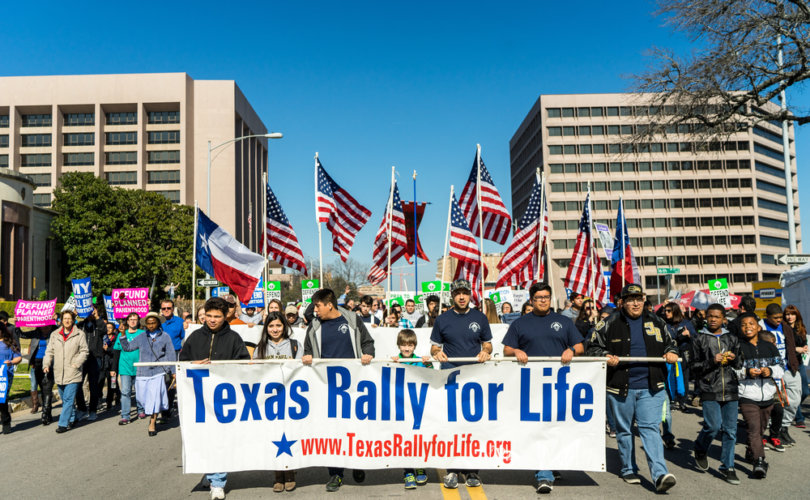 Monthly abortions in Texas had not fallen below 4,200 last year until the law came into force. Additional data will be provided on a month-by-month basis, according to Texas officials.

The Texas Heartbeat Act, signed by Gov. Greg Abbott in May, bans abortion once a baby’s heartbeat becomes detectable, typically by around six weeks of pregnancy. The pro-life law is the strictest to take effect in the United States since Roe v. Wade and does not include exemptions for rape or incest.

The Supreme Court has repeatedly declined to strike down the heartbeat act, which empowers citizens rather than the state to sue anyone who “aids or abets” an abortion of a baby with a detectable heartbeat. A baby’s mother cannot be sued under the law.

A 5-4 majority of justices allowed the heartbeat act to take effect at beginning of September and last month rejected an emergency petition by abortion businesses to halt the law. The high court has also signaled that it may overturn Roe in a separate case, Dobbs v. Jackson Women’s Health Organization, that challenges a 15-week abortion ban in Mississippi. A decision is expected in June.

Pro-life advocates celebrated Texas’ historic success in protecting the unborn and pointed to “even greater potential” if Roe falls.

“The data confirms that the Texas Heartbeat Act has saved thousands of lives,” Susan B. Anthony List president Marjorie Dannenfelser said Friday. “Even greater potential is ahead as we await the Supreme Court’s decision in the Dobbs case, which could restore the right of all states to modernize our laws and protect unborn children and mothers prior to viability.”

📉 Texas HHS Commission showed a 60% drop in the number of abortions performed in Texas in the first month after the Heartbeat Act went into effect.

And even greater potential is ahead as we await the Supreme Court’s decision in Dobbs #ModernizeOurLaw https://t.co/sjXf74f51C

“The success of the Texas Heartbeat Act is embodied by every child saved,” said Texas Right to Life director of media and communication Kimberlyn Schwartz. She estimated that the legislation has saved around 100 babies in Texas per day. “Our impact is only just beginning as more states seek to replicate our success and as we look to the Mississippi case that could overturn Roe this summer.”

More than 20 Texas cities have already voted to abolish abortion within their borders and declare themselves “sanctuary cities for life.” Planned Parenthood last month dropped a lawsuit against pro-life “sanctuary” ordinance in Lubbock, Texas, allowing the city to remain abortion-free despite Roe v. Wade. Lubbock’s sanctuary measure was the first to have forced an active abortion clinic to shut down.