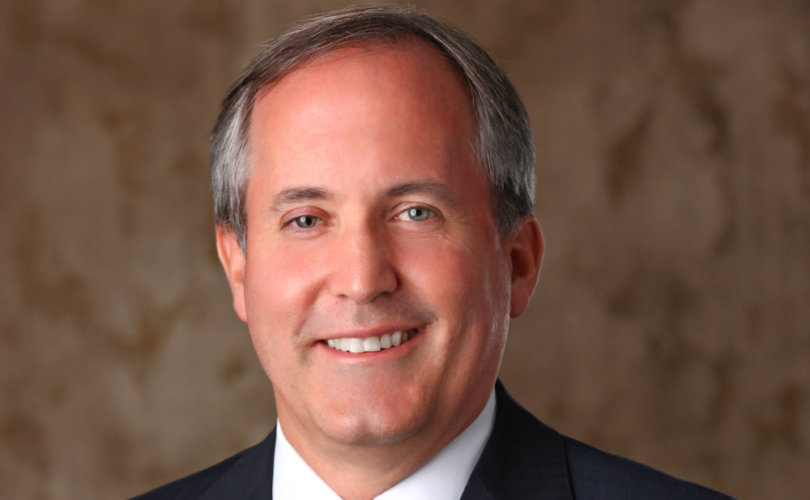 AUSTIN, Texas, October 25, 2019 (LifeSiteNews)  In a letter to the Texas Department of Family and Protective Services, the state’s Attorney General Ken Paxton stated the children in the case of a mother who wants her seven-year-old son to undergo a gender “transition” are in “immediate and irrevocable danger.”

Mr. Paxton called on the Department to open an immediate investigation, noting the agency has been aware of the matter since last year.

Mr. Jeffrey Younger and Dr. Anne Georgulas, the parents of James Younger, were in a complicated custody dispute over James and his twin, Jude. Georgulas, a pediatrician, has been dressing James as a girl (“Luna”) since he was three. She enrolled him in kindergarten as a girl and wanted to begin the process of a medical “transition,” which records shown to the court indicated could begin when he is as young as eight. A medical “transition” involves puberty blockers and possibly cross-sex hormones. Dr. Georgulas is not biologically related to the twins; they were conceived via an egg donor using in-vitro fertilization.

Yesterday, Mr. Younger received a surprise partial victory after Judge Kim Cooks ruled he and his ex-wife will have 50/50 custody of the twins. They will have joint conservatorship over James, which includes making joint medical decisions for the child. Both parents are now under a gag order from the judge barring them from speaking to media about the case.

“The mother admitted multiple times under oath that she intends to transition the boy to a girl. The mother also intends to administer puberty blocking drugs to the child and start that process as early as next year.”

Mr. Paxton emphasizes the Department’s lack of earlier intervention despite testimony that “the child’s physical and mental health and welfare have been and will continue to be adversely affected.”

“We are especially concerned that the Department has yet to intervene in this matter where a mother is using alleged medical professionals to fundamentally alter her son’s physiology, when earlier this year the Department did not flinch and snatched another North Texas child from his family because it alleged that the mother was engaged in similar practices,” he wrote, referring to the case of Drake Pardo. The four-year-old homeschooler was seized from his parents after they asked a doctor for a second opinion. After months in the state’s custody, he was finally allowed to be placed under the care of a family friend. He was reunited with his parents yesterday, but that arrangement may not be final.

Mr. Paxton reminded the Department of the definition of abuse according to Texas law. They have “an independent duty to investigate this situation,” he asserted.

“We ask that you open an investigation into this matter as soon as possible and act pursuant to your emergency powers to protect the boy in question [from] permanent and potentially irreversible harm by his mother,” Mr. Paxton’s letter concluded.

Texas Governor Greg Abbott had tweeted Wednesday night, the day before this letter was released, that the Texas Attorney General and Department of Family and Protective Services would be looking into this case.