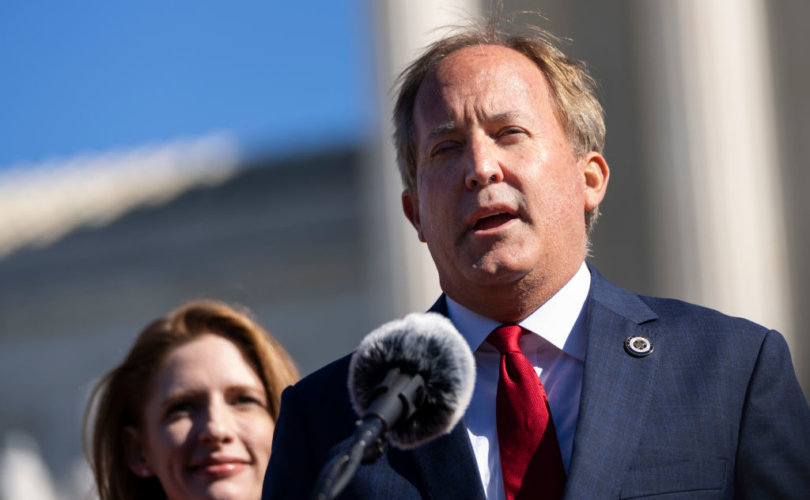 AUSTIN, Texas (LifeSiteNews) — Republican Attorney General Ken Paxton of Texas is calling for the prosecution of a drag queen who was caught on video performing a sexually-explicit song-and-dance routine in the presence of children.

On October 18, BlazeTV host Sara Gonzales published footage she captured of a “drag brunch” event in Plano, Texas, originally advertised “for all ages.” During the event, the performer made sexually-charged gestures and sang lyrics including “my p***y good, p***y sweet. P***y good enough to eat” and “F**k me all night.”

The footage shows that at least one small child was in attendance.

Full footage from the “all ages welcome” drag brunch event in Plano, TX.

This is child abuse. Help us stop it at https://t.co/Fztyk27mLC pic.twitter.com/YfJRDjuNQz

Who’s the liar again? They changed their website after I exposed it. pic.twitter.com/XfBDMxThl0

In remarks to the Daily Caller, Paxton condemned the video and called for local authorities to prosecute the performer, while urging state lawmakers to give his office the authority to do so himself if local prosecutors refuse.

“This is grotesque, disturbing behavior. Under Texas law, local district and county attorneys are charged with taking up the mantle to protect Texas kids by prosecuting these types of totally inappropriate acts,” Paxton said. “What’s more, in 2023, the Texas Legislature should amend the Texas Penal Code to expressly prohibit this kind of grossly sexual conduct and empower my Office to prosecute when district and county attorneys refuse.”

The incident highlights the controversy behind the recent trend of exposing children to drag, most commonly in the form of “Drag Queen Story Hour” events, in which adult crossdressers read storybooks to children.

Organizers admit one of these events’ central purposes is to indoctrinate children about “learn[ing] to see beyond the pink and blue gender binary.” Many have exposed children to sexually-charged performances as well as drag queens who range from x-rated performers in their day jobs to convicted pedophiles and prostitutes.