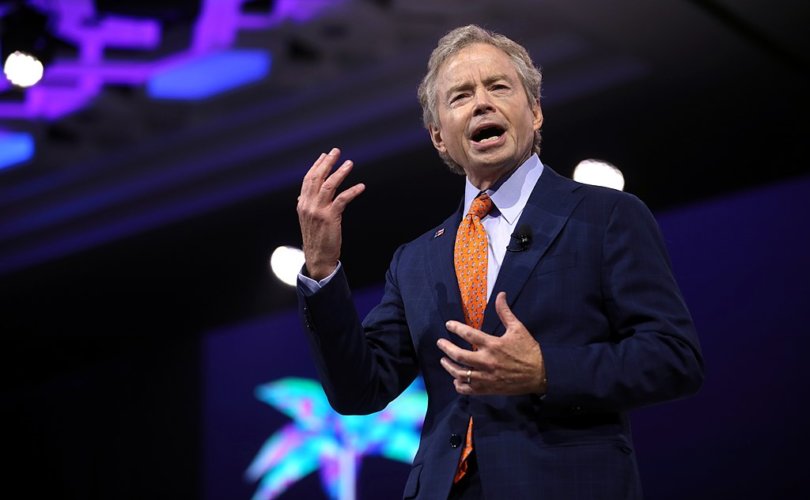 (LifeSiteNews) — Conservatives succeeded in cancelling a drag show that would have been available to children.

This past Sunday, Cool Beans Bar and Grill in Denton, Texas, was set to host an all-ages, Disney-themed drag show but sent out a cancellation notice on Thursday in response to backlash.

Cool Beans, a bar advertised as a place to find “drinks, debauchery, good people and lots of booze,” went on to say that they were ashamed of the “horrible DM’s… aggressive phone calls, and hateful comments” that they received leading up to the event.

“Having a safe space that day, or any day, takes precedence over all else,” Cool Beans said in a statement. “That being said, our drag brunch has caught a lot of attention from certain political groups who have made it very clear that they aren’t happy about this event. With todays climate, it’s better to be safe than sorry and unfortunately, this is that exact situation.”

— Article continues below Petition —
Stand with Abp. Lucas as he resists transgenderism in schools
Show Petition Text
7958 have signed the petition.
Let's get to 9000!
Thank you for signing this petition!
Add your signature:
Show Petition Text

The bar went on to say that they decided to cancel their event when it “caught a lot of attention from certain political groups who have made it very clear that they aren’t happy about this event.” They said the cancellation was neither a “win” for the other side nor a sign of agreement, but that it was done out of concern for the safety of employees, performers, and customers.

Leading up to the event, various conservatives used their social media platforms to urge followers to help them shut the drag show down.

Political commentator Sara Gonzales posted about the event, asking “who’s coming with me to shut it down?”

Cool Beans Bar and Grill in Denton, TX is hosting an ALL AGES drag show THIS SUNDAY. Who’s coming with me to shut it down? pic.twitter.com/giaXh9umXr

Likewise, former Texas senator Don Huffines also tweeted, “The devil is coming for your kids. What are you going to do to stop this madness?”

The #txlege has failed to protect TX children.

The devil is coming for your kids. What are you going to do to stop this madness?

He also tweeted, “To all the sickos hosting child drag shows across Texas: We will shine a light on your perverted plans until you crawl back into the hole you came from. Don’t mess with Texas kids.”

To all the sickos hosting child drag shows across Texas:

We will shine a light on your perverted plans until you crawl back into the hole you came from.

Cool Beans’ drag show is one of several that cancelled after conservates protested. A drag show in Roanoke, Texas drew armed protesters in August and a drag show was also recently cancelled in British Columbia.