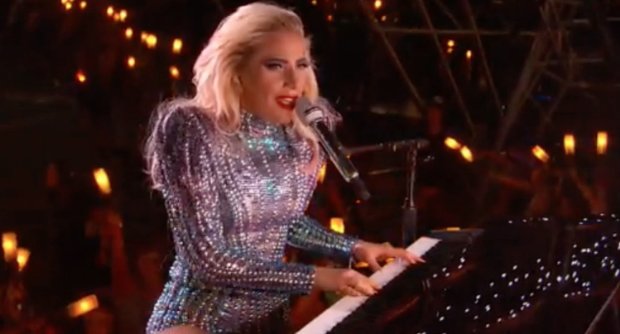 February 16, 2017 (LifeSiteNews) — The National Football League may have met its match in Texas as it again interjects itself into a state legislative battle between big business and grassroots pro-family activists fighting to keep biological men out of female restrooms.

Celebrities are also getting involved, with Lady Gaga, Alicia Keys and dozens of others signing a letter against the proposed Texas Privacy Act, SB6. Under the bill, a citizen could incur a civil penalty if he or she enters an opposite-sex public restroom in government schools, building and universities.

It also would protect companies from having “transgender” bathroom policies imposed on them by local LGBTQ laws.

Homosexual activists led by the Human Rights Campaign are engaged in a massive blitz against SB6, working with pro-LGBT corporations like American Airlines to replicate their crusade against similar legislation in North Carolina.

“If a proposal that is discriminatory or inconsistent with our values were to become law (in Texas), that would certainly be a factor considered when thinking about awarding future events,” McCarthy said in an email to the Chronicle on SB 6 reported Feb. 9.

“The NFL embraces inclusiveness,” McCarthy said. “We want all fans to feel welcomed at our events, and NFL policies prohibit discrimination based on age, gender, race, religion, sexual orientation, or any other improper standard.”

Those comments infuriated Texas Gov. Greg Abbott, who responded to the NFL pullout threat by posting this biting tweet Feb. 11:

Tom Brady is the NFL superstar and quarterback of the Super Bowl-winning New England Patriots. NFL commissioner Roger Goodell benched Brady for the first four games of the 2016 season for his role in the “Deflate-gate” scandal involving alleged tampering with the air pressure of game-day footballs.

In an interview Tuesday with national conservative talk show host Glenn Beck, Abbott kept up his taunts against the NFL’s meddling.

“The NFL is walking on thin ice right here. The NFL needs to concentrate on playing football and get the heck out of politics,” Abbott told Beck. “We don’t care what the NFL thinks, and certainly what their political policies are, because they are not a political arm of the state of Texas or the United States of America.”

In introducing the Privacy Act at a packed press conference on Jan. 5, Texas Lt. Governor Dan Patrick similarly blasted major corporate opponents of the bill for their distortions.

“I've never seen so much misinformation, so much hand-wringing, so much 'fake news' about a bill as this,” Patrick said.

“The people of Texas elected us to stand up for common sense, common decency, and public safety,” he said, noting that “this legislation is supported by an overwhelming majority, in every poll, of Texans.”

He said it is myth that passage of SB6 would cost the state of Texas billions in lost investments, pointing to Super Bowl-hosting Houston, where in 2015 voters in a 61-39 landslide overturned a “HERO” pro-transgender city ordinance backed by then-Mayor Annise Parker, a lesbian.

“I'm not aware of any business that didn't move to Houston because of that” referendum against the LGBT ordinance, Patrick said.

He also cited pro-LGBT hysteria over North Carolina — targeted by the Left and corporate leaders over a similar transgender bathroom law.

“They have the second strongest economy in the country, by Forbes Magazine and other indicators,” Patrick said. “They're doing just fine.”

The Texas Association of Business (TAB), with such member corporations as IBM, Apple, Dow, Intel, Salesforce and HP, is leading the corporate lobby effort against SB6. Major corporations like AT&T (and the NFL) are now the juggernauts that are helping LGBTQ activists kill pro-family and religious liberty bills in Arizona, Indiana, Georgia, and other states.

The pro-family group Texas Values attacked the methodology of a TAB study that claims that the Lone Stare State would lose $8.5 billion if the Privacy Act becomes law.

What SB6 does and doesn’t do

Texas state Sen. Lois Kolkhorst, a longtime privacy advocate and SB6’s lead sponsor, joined Lt. Gov. Patrick at the January press briefing and said, “I never imagined we would need legislation to protect our privacy in dressing rooms, locker rooms, showers or restrooms. With this bill, we are codifying the common decency the general public has always expected.”

She said, “Every Texan has the right to personal privacy.”

Kolkhorst said Privacy Act would protect businesses by “prohibiting any local government from adopting an ordinance preventing a business from adopting their own policy for dressing rooms, showers and restrooms.”

Patrick plainly summed up SB6: “This bill stops local … governments from passing policies that allow men in ladies rooms. That's what this bill does.”

Kolkhorst added that the bill also bans local governments from considering corporate privacy policies when awarding government contracts. In other words, a company could not be punished for failing to have a “transgender” policy allowing males into female restrooms.

School districts that do not adopt “personal privacy protections” as outlined by SB6 would be subject to fines by the Attorney General, according to Kolkhorst. And private businesses that lease government buildings, like convention centers, would be free to set their own policies.

Furthermore, she and Patrick said, the bill gives schools the freedom to make special accommodations for “transgender” individuals, which Patrick said school principals have been doing already for years.

Citing the landslide vote in Houston rejecting Mayor Parker's HERO “transgender rights” ordinance, Kolkhorst said, “The public has a way of getting it right. … Common assumptions about decency and intimacy in those most intimate settings cannot be ignored, nor can our need for safety.”