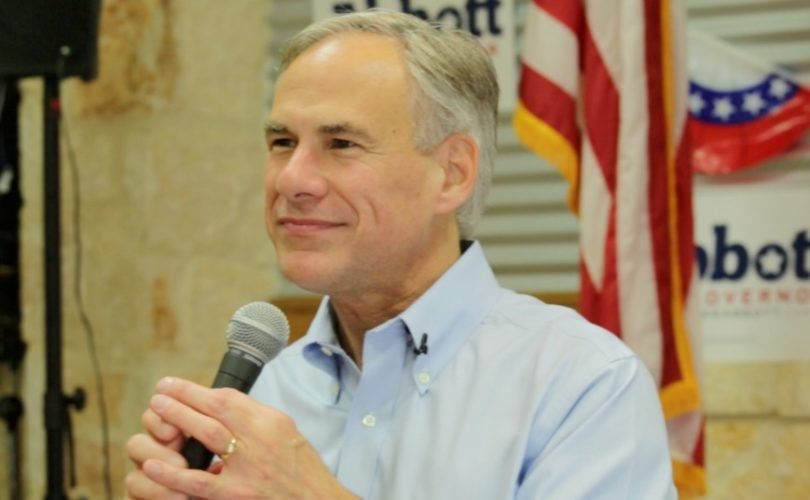 “No entity in Texas can compel receipt of a COVID-19 vaccine by any individual, including an employee or a consumer, who objects to such vaccination for any reason of personal conscience, based on a religious belief, or for medical reasons, including prior recovery from COVID-19,” the executive order reads.

Abbott, who endorses the vaccines themselves as “safe [and] effective,” framed the action as a counterweight to the Biden administration’s impending mandate that all businesses with 100 or more workers require proof of vaccination or weekly testing, “causing workforce disruptions that threaten Texas’s continued recovery from the COVID-19 disaster.” He also called on the Texas Legislature to enact legislation codifying his order in state law.

The decision was met with hostility from Abbott’s usual critics on the political left, as well as from a small contingent of pundits who identify as conservatives while having devoted the bulk of their work in recent years to opposing former President Donald Trump and his perceived influence on the Republican Party.

The Dispatch editors and former National Review personalities Jonah Goldberg and David French, for instance, framed Abbott’s order as an intrusion into the rights of private businesses (despite both having been significantly more charitable to Biden’s mandate):

Private businesses can’t do what they want now? Because of the idiotic anti-vax stuff? Opposing government mandates? Happy to debate based on the details, but there’s an argument there. Private entity mandates? Screw that.

This is a profound affront to liberty and to public health. People are dying more than a thousand unnecessary deaths a day (including hundreds in Texas), and this is the response? https://t.co/lQYj0PyK5y

Others argue that Abbott’s order cannot be properly analyzed without the context of the federal mandate announcement preceding it, and that individual rights warrant protection from public and private coercion alike:

This is the implicit point in this entire debate. And it's the point that those who say "how conservative to use the gov't to tell a business what to do!" simply refuse to acknowledge, in spite of its obviousness. https://t.co/cEC9gsBLeT

Conservatives are going to have to get used to the fact that Republicans are into protecting individual liberty now over the interests of corporate America. These mandates are a direct result of federal interference. There's only one way to roll that back. https://t.co/BMVmhdopjS

Remember that Abbott is responding to a federal mandate, so now it’s not conservative for a state to push back on the feds. I think it ultimately should be fought in courts, but that doesn’t help real people being fired.
Goldberg leaves in the theoretical. https://t.co/jBBCJspQ55

Further, a growing body of data indicates that the mass vaccination strategy for defeating COVID-19 is failing. The federal government considers more than 65% of eligible Americans “fully vaccinated” (a designation that has lost meaning in light of growing evidence that vaccine effectiveness wears off in a matter of months), yet ABC News reported last week that more Americans died of COVID-19 this year (353,000) than in all of 2020 (352,000), according to data from Johns Hopkins University.