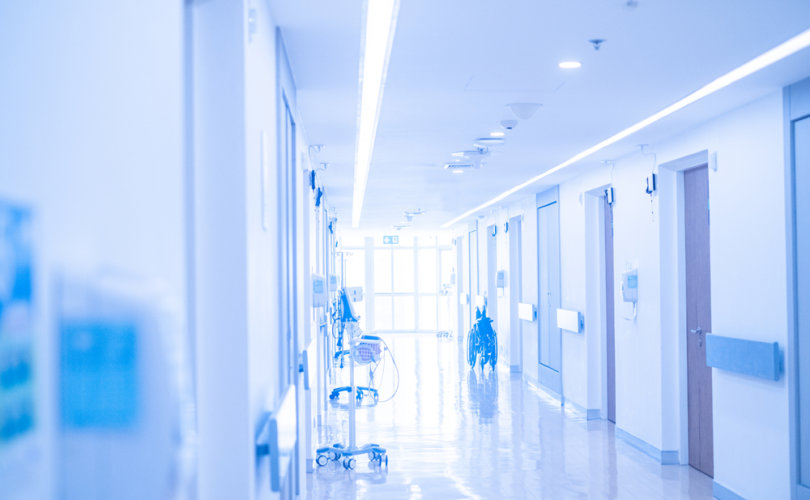 (LifeSiteNews) — The CEO of a rural Texas hospital said President Joe Biden’s requirement that all hospital staff receive the jab could lead to the facility being shut down.

“20 percent of my, probably 20 to 25 percent of my staff will have to go away if that’s the case,” Brownfield Regional Medical Center CEO Jerry Jasper told local news station KCBD on September 13. As a hospital that services low-income and elderly people, his hospital is dependent on Medicare and Medicaid.

The mandate applies “to nursing home staff as well as staff in hospitals and other CMS [Centers for Medicare & Medicaid Services]-regulated settings, including clinical staff, individuals providing services under arrangements, volunteers, and staff who are not involved in direct patient, resident, or client care,” according to the White House.

Another Texas hospital CEO said that the jab mandate could hurt his organization too, which is 70 percent vaccinated.

“Well, it would be devastating for the community, frankly,” Seminole Hospital District CEO Larry Gray told KCBD. “We have a large percentage of our revenue that comes from Medicare, Medicaid and those kinds of products.”

The Seminole Hospital District operates an assisted living home, a health care center and a hospital.

“What happens to individual choice and medical decisions between the patient and their doctor, which is all of the things that we’re trying to support?” Gray asked.

Both medical organizations, as recipients of taxpayer-funds, are covered by an August 25 executive order from Gov. Greg Abbott that prohibits vaccine mandates. The order applies to hospitals that receive government funding, either as public institutions or through state or federal dollars.

The Texas hospitals are not the only ones who could face a worker shortage due to a jab requirement.

Last week, a New York hospital announced a suspension of at least two weeks of its maternity ward due to a staff shortage after the implementation of an inoculation requirement from the state.

“If we can pause the service and now focus on recruiting nurses who are vaccinated, we will be able to reengage in delivering babies here in Lewis County,” Lewis County Health CEO Gerald Cayer said at a press conference. The jab mandate goes into effect September 27, but Cayer had predicted an unsafe staffing shortage as of September 24, when babies will no longer be delivered at the hospital.

A nursing home executive has also warned about staffing shortages due to the New York jab requirement.

“We want the state to make sure they understand that there could be emergencies where you have buildings full of elderly people who need care, without enough workers,” LeadingAge New York CEO Jim Clyne told Newsday. His organization represents nonprofit nursing homes, adult care facilities and retirement communities.

A federal lawsuit against the state for refusing to grant religious exemptions to healthcare workers is currently pending. A federal judge recently blocked the New York Department of Health from enforcing the jab requirement.

The temporary restraining order will remain in effect until at least September 28, when there will be another hearing.