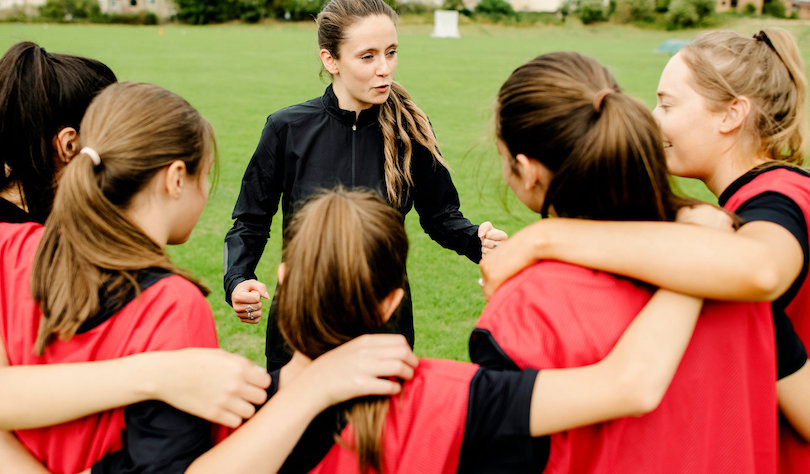 CONTACT YOUR TEXAS STATE SENATORS: Tell them to SUPPORT fairness in girls’ sports!

AUSTIN, Texas (LifeSiteNews) The Texas House of Representatives recently passed legislation to protect women sports from being taken over by male athletes.

The “Save Women’s Sports” legislation, passed out of the Texas House on October 14, prohibits male students who claim to be women from competing against female athletes.

It specifically forbids public high schools or open-enrollment charter schools from “allow[ing] a student to compete in an interscholastic athletic competition sponsored or authorized by the district or school that is designated for the biological sex opposite to the student’s biological sex as correctly stated on” a birth certificate.

Pro-family group Texas Values celebrated the advancement of the bill, which will now move to the Texas Senate.

“Texans have spoken and the legislators have heard their constituents. The House passed the Save Women’s Sports bill today,” President Jonathan Saenz said in a statement. “We are happy to finally see this day come after all of our hard work and continued efforts to protect girls. We care about Texas girls and we are ready to watch this bill cross the finish line in the Senate. Girls will be protected and able to freely play sports without fear of boys stealing their athletic opportunities in Texas.”

A policy advisor for Texas Values said the legislation will protect a “level playing field.”

“We are excited that the Texas House stood up for Texas girls by passing H.B. 25, the Save Women’s Sports Bill,” Mary Elizabeth Castle said. “We now urge the Senate to pass it quickly and for this bill to be signed into law to protect girls’ Title IX rights to play on a level playing field in sports.”

The group is optimistic the bill will pass the Texas Senate and head to Republican Governor Greg Abbott’s desk.

“The Senate has consistently supported girls and their ability to freely and fairly play sports without the interference of competing against biological boys. The Senate, and author Senator Charles Perry, already passed this bill four times since it was first introduced in the Regular Session, making this the fifth time the Save Women’s Sports bill will be heard in that chamber,” the press statement said.

The issue has split two Republican governors considered possible contenders for president in 2024.

“This failure to stand up when it mattered most will define Noem for the rest of her career and will certainly haunt her should she decide to run for any office in the future. Conservatives will not forget it,” American Principles Project President Terry Schilling said in March.

FL Gov Ron DeSantis signed a law banning trans female athletes from competing against biological girls in sports. He did this, he tells #TuckerCarlson, despite pressure from corporate interests. pic.twitter.com/6iSOCGvoF6

“As these bills were going through various legislatures, I remember the NCAA put out a statement saying any state that enacts this, we’re not going to hold events there. And so, I called the Speaker of the House in Florida and I said, ‘Did you hear what they said?’ And he’s like, ‘Yeah.’ I said, ‘We definitely got to get this done,’” Governor DeSantis told Fox News host Tucker Carlson.

“You can’t be cowed by these organizations, or particularly by woke corporations, from doing the right thing,” the Republican governor said.