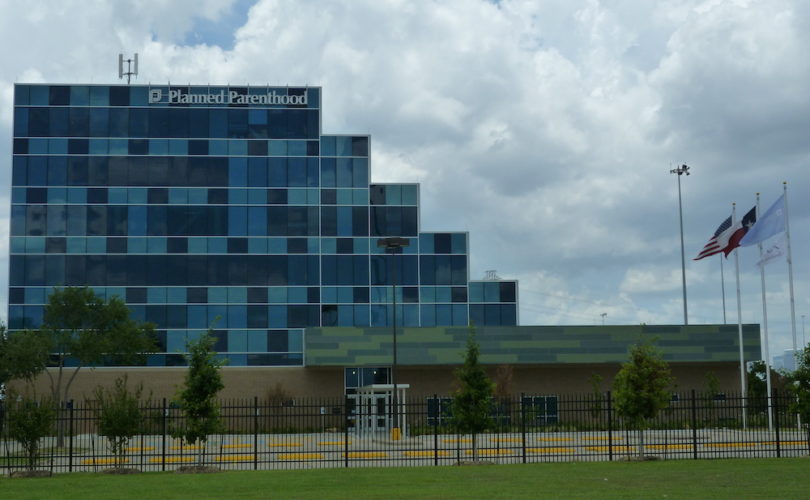 SAN ANTONIO, Texas, October 22, 2015 (LifeSiteNews) – Investigators from the state of Texas served subpoenas at three Planned Parenthood facilities to determine whether their employees are guilty of defrauding the state's Medicaid program, according to media reports.

Officials from the Office of Inspector General walked into Planned Parenthood abortion facilities in San Antonio, Houston, and Dallas this morning and demanded the offices turn over employee and patient records for inspection, Planned Parenthood officials said.

The inspectors did not publicly disclose the purpose of their visit, and an official with the state's Health and Human Services Commission told local media only that they were there for “oversight.”

But some familiar with the investigation told media outlets that the inspectors were investigating charges that the facilities illegally used Medicaid money to fund abortions.

“This has been a day that I have been waiting for,” Abby Johnson, the former manager of a Planned Parenthood facility in Texas, told LifeSiteNews.

Inspectors reportedly asked for medical forms from recent patients to determine the reason for their visits, before comparing those records to Planned Parenthood's invoices to Medicaid.

“The breadth and depth of what was requested this morning was unprecedented,” Planned Parenthood of Greater Texas' vice president for community affairs, Sarah Wheat, told the Austin Statesman.

The move comes just three days after HHSC officials announced plans for Texas to remove Planned Parenthood from its Medicaid program. A letter written Monday by Inspector General Stuart Bowen Jr. cited undercover video recordings by the Center for Medical Progress that show Planned Parenthood agreeing to alter its abortion technique to maximize the number of body parts harvested and to receive payments.

The inspector also mentioned a “prima facie case of fraud.”

But a former employee of the nation's leading abortion provider says the charges ring true. “I am confident that these investigators will find enough information to not only continue to defund Planned Parenthood in our state, but to also disqualify them from any future funding efforts,” Abby Johnson told LifeSiteNews.

The Alliance Defending Freedom recently released a report that “improper practices” fleeced taxpayers nationwide out of $129.7 million at “a minimum.”

Tips from former Planned Parenthood employees may be behind this investigation which, Abby Johnson believes, will strike a serious blow to Texas abortion facilities.

“Our goal is not just to take away their money. Our goal is to shutter their doors,” Johnson told LifeSiteNews. “I believe we will see that day, in large part due to courageous men and women who have stepped away from their jobs at Planned Parenthood and have come forward with incriminating information.”