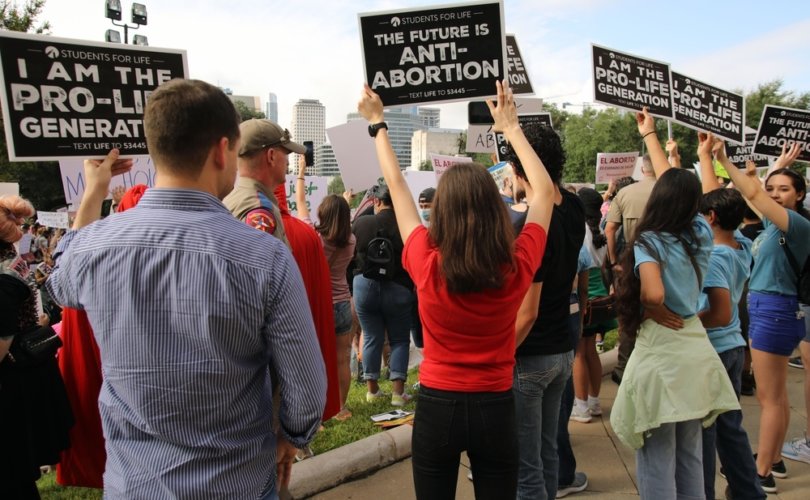 In a 67-page ruling handed down Tuesday night, U.S. District Judge James Hendrix, a Trump appointee, temporarily halted enforcement of the U.S. Department of Health and Human Services (HHS)’s guidance that would require Texas doctors to perform abortions in “emergency medical situations,” despite the fact that the Lone Star State has outlawed the practice.

A federal judge in Texas late on Tuesday temporarily blocked guidance from the Biden administration mandating that emergency care must include abortion services if a mother’s life is in jeopardy. https://t.co/4gAJvt5UXB

In July, the Biden administration’s HHS had directed that under the Emergency Medical Treatment and Active Labor Act (EMTALA) of 1986, healthcare providers must perform “life- or health-saving abortion services in emergency situations,” even in states (like Texas) that prohibit abortion. Most states with pro-life laws provide exceptions to save the life of the mother, and many pro-life advocates argue that there is never a circumstance in which abortion is medically necessary.

In the Tuesday ruling, Hendrix wrote that “Texas law already overlaps with EMTALA to a significant degree, allowing abortions in life-threatening conditions and for the removal of an ectopic or miscarried pregnancy.”

Hendrix added that the HHS guidance “purporting to remind providers of their existing EMTALA obligations to provide abortions regardless of state law … goes well beyond EMTALA’s text, which protects both mothers and unborn children, is silent as to abortion, and preempts state law only when the two directly conflict.”

The judge’s decision comes after Texas Republican Attorney General Ken Paxton, along with pro-life physicians groups American Association of Pro-Life Obstetricians and Gynecologists and the Christian Medical and Dental Associations, filed a lawsuit against the Biden administration over its HHS guidance.

According to the lawsuit, the HHS under the Biden administration sought “to transform every emergency room in the country into a walk-in abortion clinic.”

In a statement announcing the legal action, Paxton had referred to the HHS guidance as the “latest unlawful action by the Biden Administration.”

“EMTALA does not authorize and has never been thought to authorize the federal government to require emergency healthcare providers to perform abortions,” Paxton wrote.

“This administration has a hard time following the law, and now they are trying to have their appointed bureaucrats mandate that hospitals and emergency medicine physicians perform abortions,” he added.

BREAKING: Another win against Biden. I recently sued Biden to block his attempt to use HHS regs to transform every emergency room in the country into a walk-in abortion clinic. Last night, the court ruled in favor of Texas! A WIN for mothers, babies, & the TX healthcare industry.

In a Wednesday statement, ADF senior counsel Ryan Bangert argued the “Biden administration is needlessly, illegitimately, and illegally working to turn emergency rooms into walk-in abortion facilities. Doctors get into their line of work to save lives and care for people — and that’s exactly what they are ethically, morally, and legally required to do.”

“We’re pleased to see the court halt the administration’s attempt to flagrantly disregard the legislative and democratic process, and we’ll continue to defend those in the medical profession who wish to respect and save lives, not take them,” Bangert said.

According to ADF senior counsel Denise Harle, who also serves as the director of the ADF Center for Life, “[e]mergency room physicians can, and do, treat ectopic pregnancies and other life-threatening conditions,” arguing that “[e]lective abortion is not life-saving care — it ends the life of the unborn — and the government can’t force doctors to perform procedures that violate their conscience and religious beliefs.”

Meanwhile, Texas isn’t the only state to battle with the Biden administration over its guidance regarding abortion.

Earlier this month, the Biden administration filed a lawsuit against the state of Idaho, contending that the Republican-led state’s pro-life law was superseded by the alleged abortion protections provided in the federal EMTALA.

A ruling in United States v. State of Idaho is expected this week, The Hill noted.