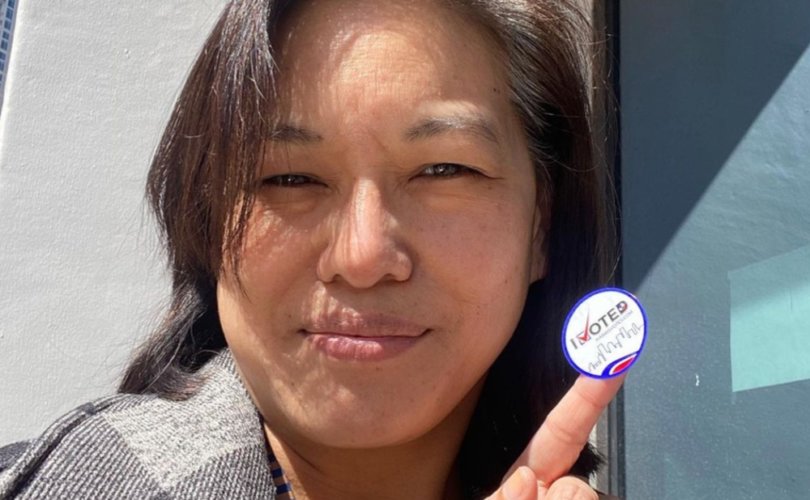 HOUSTON (LifeSiteNews) – Texas has been stopped from completely banning abortion.

A Texas judge granted an injunction Tuesday to a pre-Roe v. Wade abortion law that prohibited all abortions in the state. The injunction follows an advisory issued by Texas Attorney General Ken Paxton that said that the law was once again enforceable because of the Supreme Court (SCOTUS)’s ruling in Dobbs v. Jackson Women’s Health, overturning Roe.

Weems found that the enforcement of a pre-Roe law from 1925 that banned abortions and created criminal charges for abortion providers and those attempting to help women attain abortions would cause “probable, irreparable, and immanent injury” to abortion providers. The injunction will remain in place until a July 12 hearing.

BREAKING: A judge in Harris County grants a temporary restraining order after abortion providers filed a lawsuit in state court trying to block enforcement of the state’s pre-Roe abortion ban. Co. Atty. says it will remain in effect until a decision after a July 12 hearing. @khou https://t.co/fLTiK62XLT

Paxton issued an advisory Friday after SCOTUS ruled on Dobbs, stating that the 1925 law was once again in force, and that “abortion providers could be criminally liable for providing abortions starting today.” The lawsuit alleged that Roe established a constitutional right to abortion, repealing the law, and that the law cannot be enforced because Roe was overturned.

“At least for today, we can say that abortion providers cannot be prosecuted for, at least the time being, for providing abortions before six weeks for their patients,” said Mark Hearron, an attorney for the plaintiffs, to reporters Tuesday. According to the Austin American Statesman, one of the abortion providers has begun calling women on clinic waitlists to schedule abortions as of Tuesday.

After the hearing, lawyers for the providers explained what this temporary restraining order means for abortions in Texas for now. @KHOU pic.twitter.com/0PzCF6vQAM

It is unclear how the injunction should be applied. CRR spokeswoman Kelly Krause said in a statement that the injunction applied only to the plaintiffs, while Hearron said that the application of the injunction for other providers was not immediately clear.

“I don’t know that I have an answer to that question,” said Hearron when asked about other providers. “That’s a legal question that the other clients would want to look at.”

Paxton tweeted after Weems delivered the injunction saying that he was going to appeal “immediately.” “The judge’s decision is wrong,” he tweeted. “I’m immediately appealing. I’ll ensure we have all the legal tools to keep TX pro-life!”

Today a Harris County judge froze pre-Roe laws criminalizing abortion in TX. But w/ SCOTUS’s Dobbs decision, these laws are 100% in effect & constitutional. The judge’s decision is wrong. I’m immediately appealing. I’ll ensure we have all the legal tools to keep TX pro-life!

Emily Cook, an attorney for Texas Right to Life, said in a statement that “Although some government officials are temporarily blocked from enforcing the pre-Roe statutes against certain abortion facilities, the law is still valid and abortion is no longer a ‘lawful medical procedure.’”

READ: FULL LIST: Here are the states where abortion is now banned in post-Roe America

Texas’ trigger law is set to come into effect pending the release of SCOTUS’ official judgment in Dobbs, which is not expected for at least a month. Speaking about the trigger law, Hearron said “At some point in the future, in a couple of months, abortion will be banned. There will be a near-total ban across the state of Texas … But not yet; it’s not today.”

In Arizona, Attorney General Mark Brnovich said Wednesday that an abortion ban dating from 1901 could be enforced, declaring “Our office has concluded the Arizona Legislature has made its intentions clear regarding abortion laws.” Arizona Governor Doug Ducey had previously signed a 15-week abortion ban in March.

At least 13 states have enacted or are set to enact trigger laws in the wake of the Dobbs decision Friday.