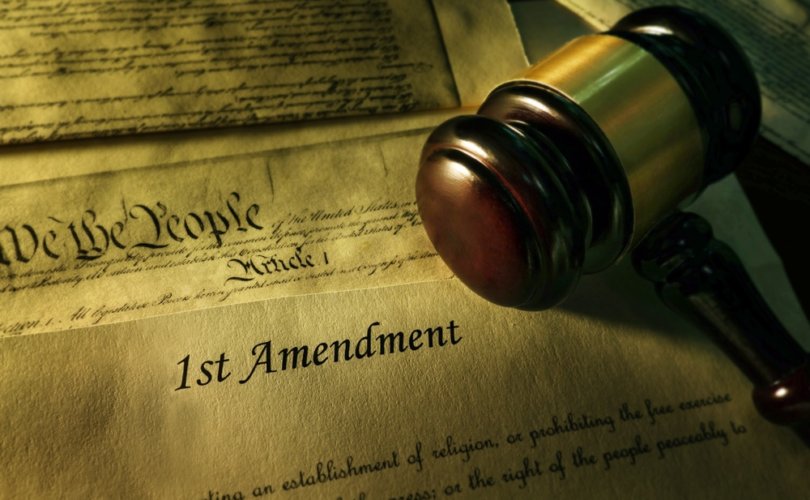 AUSTIN, Texas (LifeSiteNews) — A Texas law prohibiting social media companies from censoring or banning users for their political speech can take effect, a federal court ruled last week. The decision is unlikely to finally resolve the issue but is being counted as a victory for conservatives who have fought to secure free speech against Big Tech censorship.

In a Friday ruling, the U.S. Court of Appeals for the Fifth District declared that Texas’ law, known as House Bill 20, was not unconstitutional after NetChoice and the Computer & Communications Industry Association filed a lawsuit challenging the legislation last year.

“Today we reject the idea that corporations have a freewheeling First Amendment right to censor what people say,” U.S. Circuit Court Judge Andrew Oldham stated in the opinion.

BOOM! I say again, BOOM! The federal Fifth Circuit Court of Appeals just said @twitter and other social media platforms don’t have an unlimited right to discriminate against speech.

According to the circuit court, social media companies had claimed a “rather odd inversion of the First Amendment” in contending that they, as private corporations, had a First Amendment right to limit Americans’ free speech online.

The Fifth Circuit Court said the “implications of the platforms’ argument are staggering,” pointing to a bevy of logical conclusions that, they said, could be drawn from the social media platforms’ stance.

“On the platforms’ view, email providers, mobile phone companies, and banks could cancel the accounts of anyone who sends an email, makes a phone call, or spends money in support of a disfavored political party, candidate, or business,” the ruling read.

The court further pointed out that social media platforms “are not newspapers,” and that “[t]heir censorship is not speech.”

The federal court stated that the district court that enjoined the law last year had “abused its discretion” in so doing. Accordingly, the Fifth Circuit declared the injunction vacated, opting to remand the case to a lower court “for further proceedings consistent with this opinion.”

“I just secured a MASSIVE VICTORY for the Constitution & Free Speech in fed court,” he wrote, pointing out that in light of the ruling, Big Tech companies “CANNOT censor the political voices of ANY Texan!”

BREAKING: I just secured a MASSIVE VICTORY for the Constitution & Free Speech in fed court: #BigTech CANNOT censor the political voices of ANY Texan! The 5th Circuit “reject[s] the idea that corporations have a freewheeling First Amendment right to censor what people say. pic.twitter.com/UijlzYcv7r

The Friday decision comes after a panel on the same court ruled on May 11 that the law could go into effect while legal challenges continued. Later that month, the U.S. Supreme Court reversed the decision, reinstating the district court’s preliminary injunction blocking enforcement of the law.

NPR pointed out that the Fifth Circuit’s decision last week “is unlikely to be the last word in a legal battle that has stakes beyond Texas, and could impact how some of the world’s biggest tech companies regulate content by their users.”

Big Tech censorship has become a central talking point on the right following the increased crackdown on conservative content during the coronavirus pandemic and the lead-up to the 2020 presidential election.

In particular, the suppression of the true Hunter Biden laptop story, the permanent banning of former U.S. President Donald Trump, and the stifling of COVID-19 information that differs from the prevailing narrative have contributed to heightened concerns regarding the scope of protected free speech online and the trickle-down effects of censorship on the political landscape.

According to one poll, 71% of Democrat respondents said they “likely” would have voted differently had they been aware of the legitimacy of the Hunter Biden laptop story.