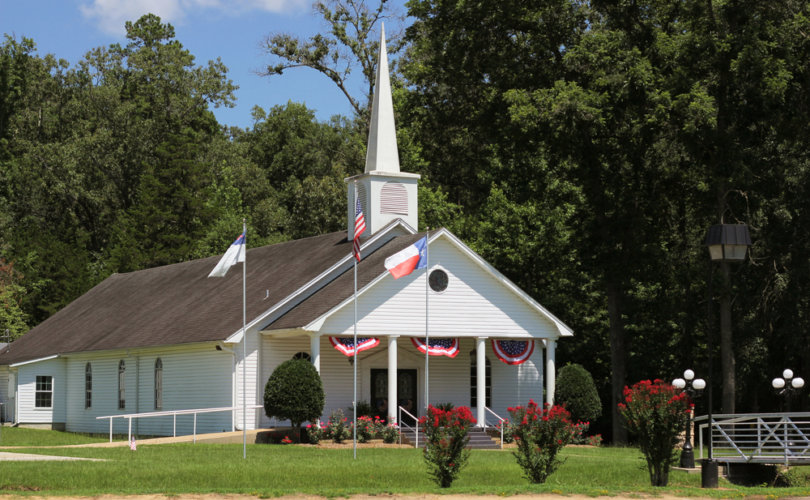 AUSTIN, Texas (LifeSiteNews) – Texas voters passed an amendment to the state constitution on Tuesday that prevents any state or local governments from closing churches under any circumstance.

Proposition 3 stipulates that the state or any political subdivision cannot intervene in religious services and organizations or issue orders that would close a church or house of worship. It also enshrines the Texas Freedom to Worship Act, signed earlier this year, as part of the Texas constitution.

Additionally, Proposition 3 amended section 110 of the Texas Civil Practice and Remedies Code by defining a place of worship to include any building or grounds where religious services are conducted. The amendment passed with 62.42% of the vote, accordingto Ballotpedia.

Jonathan Saenz, president and attorney for Texas Values, a conservative organization that fights for the advancement of culture and family values, said in a statement, “The overwhelming message is clear from Texas voters: Don’t mess with our churches.” He went on to say that “churches are essential in Texas and the words of our Texas constitution now reflect this principle and the will of the people.”

The measure was passed earlier in a regular session of the Texas legislature, but public approval was needed to amend the constitution.

Texas Attorney General Ken Paxton specified on GA 14 that whenever local governments issued guidelines on COVID-19, the constitutional rights of those affected would need to be taken into consideration. He further clarified that Abbott’s executive order takes precedent over any local government mandate.

Paxton also sent a letter to several local government leaders in May 2020, pointing out that their Covid measures threatened religious liberty. Among the government entities listed in the letter were the cities of San Antonio and Austin, and Dallas County.

Other local government entities attempted to limit attendance at church services last year, including Harris County judge Lina Hidalgo, who issued a stay at home order in April 2020 that directly affected religious gatherings. The order was the subject of a lawsuit filed by conservative activist Steve Hotze.

Texas voters also passed Proposition 6 with 88% of the vote. The amendment allows for residents of nursing homes and long-term care facilities to designate an essential caregiver who would not, under normal circumstances, be allowed an in-person visit. Nursing homes were one of the entities hardest hit by Covid, many of which were forced to shut down during the lockdowns.

All eight proposed amendments to the Texas constitution passed. Voter turnout was about nine percent.