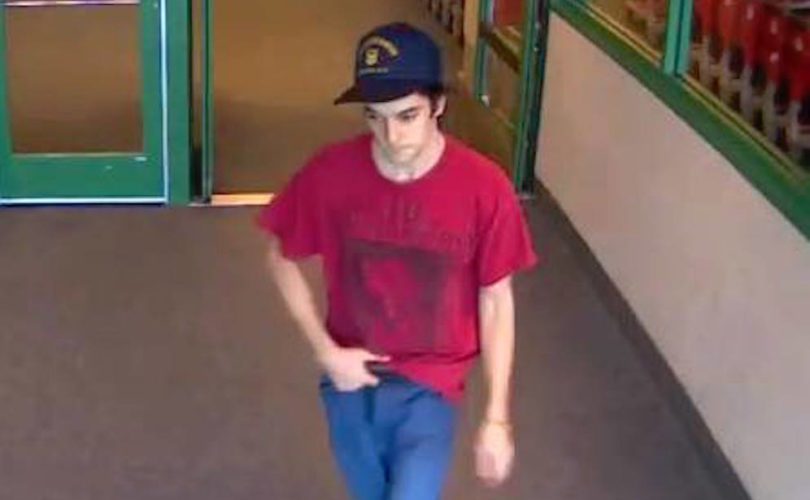 While trying on clothes at the Frisco, Texas, Super Target store last Tuesday, the girl noticed a man looking into the stall and recording her with his cellphone.

The Frisco police released a surveillance photo of the man and put out a call to the public for help in finding him. The police say the suspect is “a skinny, white, male, approximately 5’11 in height, with dark hair,” and that he wore “a dark color baseball style hat.”

The police statement says he faces a felony charge for “invasive visual recording.”

“Target Corporation is cooperating fully with the investigation in order to help identify the suspect,” they added.

On May 3, shortly after Target announced, in the name of transgender accommodation, that their girls' and women's bathrooms and changing rooms are open to men and vice versa, Texas Attorney General Ken Paxton sent a letter to Target asking about their safety practices.

“It is possible that allowing men in women's restrooms could lead to criminal and otherwise unwanted activity,” A.G. Paxton wrote.  “As chief lawyer and law enforcement officer for the State of Texas, I ask that you provide the full text of Target's safety policies regarding the protection of women and children from those who would use the cover of Target's restroom policy for nefarious purposes.”

More than 1.1 million people have pledged to boycott Target over its new policy allowing men to access women’s bathrooms.  Opponents of the policy worry that it puts women and children at risk by emboldening predators, who may now freely enter women’s restrooms.

There have been numerous incidents of male predators across North America accessing women’s facilities and citing transgender policies as allowing them to do so.