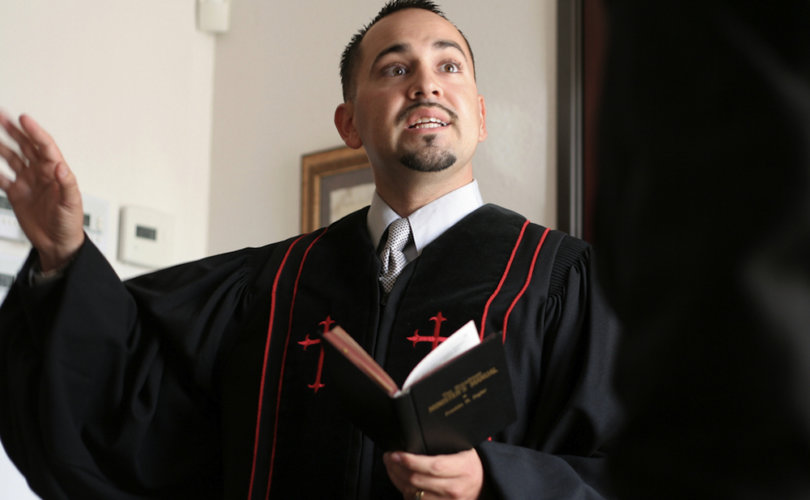 May 23, 2017 (LifeSiteNews) — Texas Gov. Greg Abbott signed SB 24, the “Sermon Protection Act,” into law Thursday, three years after the “Houston Five” controversy in which the lesbian mayor of Houston subpoenaed the sermons of five pastors who opposed a pro-“transgender” ordinance.

The bill went into effect immediately upon its signing by Gov. Abbott, because it was passed by a two-thirds margin in both houses.

SB 24 is only the latest repercussion in Texas from a controversial pro-“transgender” bill call the Houston Equal Rights Ordinance (HERO) pushed through by Houston’s then-mayor Annise Parker, an open lesbian. Parker signed HERO into law in 2014 on a rushed timetable, based on a section of the legislation declaring it a “public emergency.”

In the name of “transgender rights,” the HERO legislation would have allowed men who identify as “women” to enter female public restrooms, and vice versa.

A repeal effort quickly formed against HERO and a citizen petition drive turned in more than 31,000 signatures to the city secretary, nearly double the 17,269 minimum required for a ballot initiative, LifeSiteNews reported. “After receiving the petition signatures, the city's secretary said that while signatures were valid, too many pages were not done in line with the city's rules.”

After Parker's office ignored the petition, outraged citizens and pastors filed a lawsuit against the city.

Supposedly to defend against the lawsuit, the city of Houston demanded that pastors turn over “all speeches, presentations, or sermons related to HERO, the petition, Mayor Annise Parker, homosexuality, or gender identity prepared by, delivered by, revised by, or approved by you or in your possession.”

According to the pro-family group Texas Values, “The subpoenas were seen as official retaliation against church ministers who dared to address the Mayor of Houston’s radical LGBT ordinance in their sermons and pulpits, putting unnecessary and unconstitutional burdens on those churches.”

As pro-family protests escalated nationwide against the sermon request, Parker backed down. She ultimately lost the lawsuit and got clobbered in the vote to rescind HERO, which was defeated in a 61-39 landslide in November 2015.

“We congratulate Sen. Huffman on the passage of the Sermon Protection Act, we thank Gov. Abbott for his devotion to protect our First Amendment liberties, and we are grateful we were able to play a role in this effort,” said Texas Values president Jonathan Saenz.

“The Sermon Protection Act came about because of an issue, an issue that's not a Republican issue or a Democratic issue,” said Gov. Abbott in a signing ceremony Sunday. “It's the right issue, and that's to keep men out of ladies' rooms.”

Previously, in 2015, Abbott signed a “Pastor Protection Act” that protects Texas pastors from being compelled to officiate at homosexual “weddings.”