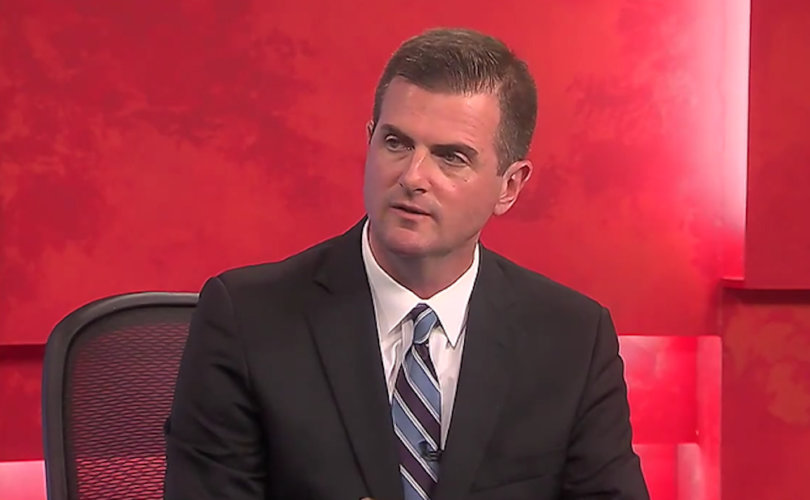 Last Wednesday, the state senate by a vote of 24-6 passed SB-8, which not only bans the donation of aborted human tissue but partial-birth abortion statewide. The sale of aborted fetal tissue is already illegal in Texas.

If the bill makes it to the desk of Texas Gov. Greg Abbott, he is expected to sign it into law. The pro-life governor considers the bill a critical part of his “LIFE Initiative.”

In his State of the State Address in January, Abbott said, “The butchering of unborn babies for trade in the open market is barbaric. … I want legislation on my desk that criminalizes the sale or donation of baby body parts.”

Under the bill, only authorized institutions — not abortuaries — could donate fetal tissue, and only to accredited universities for approved research.

“We couldn't be more pleased to see this bill move so quickly out of the Senate with bipartisan support,” Texas Alliance for Life executive director Joe Pojman wrote in a press release. “Texas needs SB-8 to shut down Planned Parenthood's harvesting and sale of baby body parts in our state.”

Bill author Sen. Charles Schwertner, R-Georgetown, said his legislation would put a “definitive end” to the aborted fetal tissue industry in his state.

Pro-abortionists say the Pre-Born Protection and Dignity Act won't change anything in Texas because aborted fetal tissue donations are rare in the state and partial-birth abortion is already banned by federal law signed by President George W. Bush.

But undercover videos revealed the fetal tissue industry is lucrative, booming and largely unregulated. A House investigation found that at a Houston abortion clinic “either partial-birth abortions or homicides (were) committed after full delivery.”

SB-8's complementary bill is HB-200, which the House State Affairs Committee will consider next week.

On Monday, state senators also gave “preliminary passage” for a third reading of SB-25, a ban on “wrongful life” lawsuits. These lawsuits are cases where parents of a disabled child sue their doctor for not telling them of a potential disability, even if the doctor didn't know about it. These parents say they are legally “injured” because they would have aborted their baby.

Also on Monday, Senate Bill 415, which would ban dilation and evacuation abortions, passed by the same 21-9 margin. Authored by Sen. Charles Perry, the bill would stop “barbaric” dismemberment abortions commonly done during the second trimester. This procedure involves using surgical instruments to grab and remove pieces of tissue while the baby is still alive.

SB-25's author, Sen. Brandon Creighton, said his bill frees doctors from encouraging abortions to avoid lawsuits. He claimed that without SB-25, physicians have “an invitation to be sued for just practicing medicine.”

“SB 25 reverses … bad public policy that devalues babies, both unborn and born, who have a disability,” Pojman said. His organization explained, “Wrongful birth liability encourages physicians to over-cautiously seek out all potential disabilities and then to promote abortion to avoid liability.”

Creighton says his bill will work to “end the negative precedent that disabled persons should not have been born.”

But the bill’s supporters say this is “patently false.” SB-25 explicitly states it “may not be construed to eliminate any duty of a physician or other health care practitioner under any other applicable law.” In other words, doctors are still required under law to fully inform their patients.

Texas law requires physicians to tell their patients about the availability of prenatal diagnostic tests and the results of those tests.

Texas' first “wrongful life” lawsuit was in 1975, when the state Supreme Court ruled the parents of a disabled child could sue their doctor for the monetary equivalent of a lifetime of special needs care because they would have aborted the child had they known of his disability.