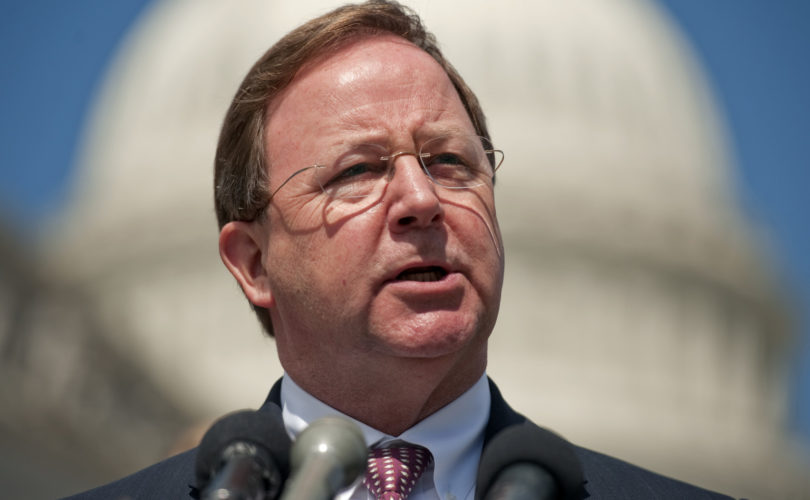 A Texas congressman is outraged after learning that a recently-closed Planned Parenthood in his district had strict “quotas” it strove to meet for abortion sales.

In an interview with the Daily Caller, U.S. Rep. Bill Flores called the abortion giant’s methods “appalling” and accused them of callously murdering babies for financial gain.

“While the murder of any unborn child is appalling,” Flores said, “even more criminal is the establishment of a target to kill over 1,100 innocent Texas children in order to meet financial targets.”

Flores’ comments were in reaction to evidence leaked Tuesday by the clinic’s former director, Abby Johnson, who now runs a pro-life charity dedicated to helping abortion workers leave the industry.  In a three-minute video, Johnson revealed a secret budget document she was given in 2010, in which her clinic in Bryan, Texas, was assigned a goal of 1,135 abortions – double the number it had performed the previous year.

In an e-mailed press release accompanying the video, Johnson said she was surprised and disillusioned by the document.  “This was bothersome to me as I truly believed that our goal was to reduce the number of abortions…after all, that's what we always said to the media,” Johnson said. “When I voiced my concerns to my supervisor, she laughed and said, 'But Abby, abortion is how we make our money.'”

Johnson’s video came just a month after another former Planned Parenthood worker leaked a photo of an award given by the organization to its affiliate in Aurora, Colorado, for increasing its number of abortions.

Congressman Flores called the abortion quotas “criminal” and said he hopes Planned Parenthood will someday pay for its crimes against humanity.

“The criminal behavior of Planned Parenthood has no limits,” Flores said. “Someday, somehow the leadership of Planned Parenthood will have to answer for their callous disregard of the sanctity of human life.  In the meantime, I am relieved that the Bryan abortion facility has gone out of business.”