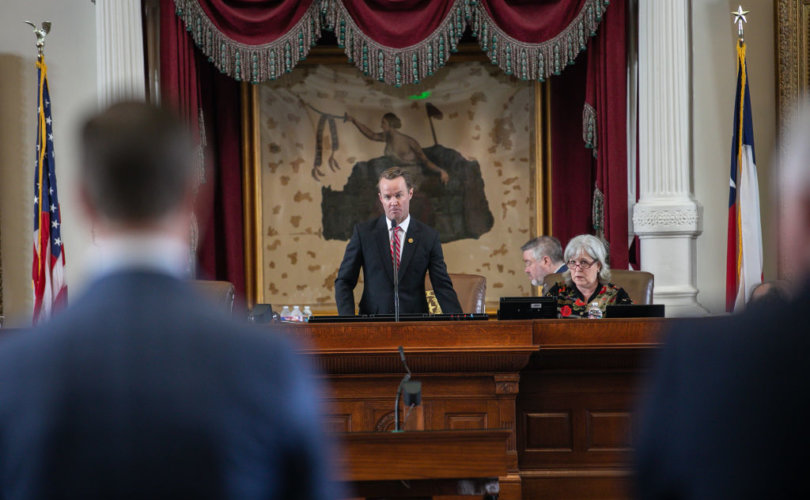 (LifeSiteNews) – On Friday, some Republican legislators indicated their support of a potential adjustment to the abortion ban in Texas to include an exception for cases of rape.

State senator Robert Nichols was the first to vocalize his support for revisiting the state’s near-total abortion ban.

“If I get a chance to vote for an exception to rape, I will vote yes,” Nichols said at the Texas Tribune Festival last week. “I think instead of us telling women what to do, we should show our support for women of this state.”

The near-total abortion ban strictly prohibits abortion in all circumstances except for when it is allegedly necessary to save the life of the mother or prevent a serious physical injury.

Texas House Speaker Dade Phelan said that members of the House have expressed concern that there are currently no exceptions to the ban for victims of rape and incest. Based on this, Phelan suspects the law may be adjusted.

According to The Texas Tribune, Phelan has also heard from doctors that the abortion ban has “complicated medical care for ectopic pregnancies and miscarriages.” Although treatment for these cases remains legal, some healthcare providers have been led to “delay or deny care for patients” due to underlying confusion about what is permitted under the law, he said.

While he is “unclear about how the House would vote on adding exceptions to the abortion ban,” Phelan declared that he “supported the law as it is.”

Additionally, the speaker of the House reiterated his support of House Bill 25, a law which bans “transgender” athletes from participating in sports for the opposite sex. The bill was passed under Phelan’s leadership.