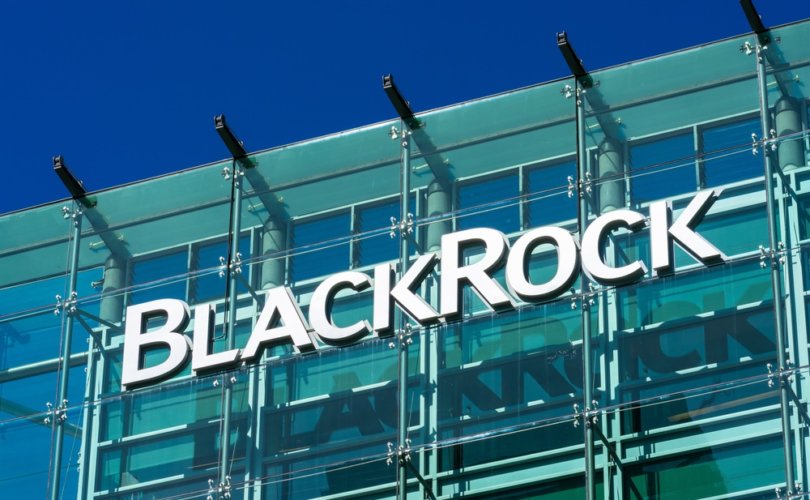 AUSTIN, Texas (LifeSiteNews) — The Republican-led state of Texas has prohibited BlackRock and a host of other firms from doing business within state borders due to their promotion of left-wing climate ideology.

On Wednesday, Texas state Comptroller Glenn Hegar released a list of firms that will be barred from “entering into contracts with state and local” governmental agencies, Breitbart reported. The list, which followed a lengthy investigation into corporations that undercut the oil and gas industry, named investment giant BlackRock along with and nine other financial firms.

The world’s largest asset manager, BlackRock boasts such big-ticket holdings as Amazon, Apple, Microsoft, and Tesla, according to filings with the Securities and Exchange Commission (SEC).

The mega firm has drawn criticism from conservatives for its apparent left-wing ideology, including its embrace of controversial Environmental, Social, and Governance (ESG) investing, the Daily Wire pointed out.

The state government of Texas is cutting ties with BlackRock, UBS, and other firms that are hostile toward fossil fuels, Texas Comptroller Glenn Hegar revealed on Wednesday. https://t.co/vaQ6mXk8xJ pic.twitter.com/WHMgzakvCe

“You have to force behavior and if you don’t force behavior whether it’s gender or race or any way you want to say the composition of your team, you’re going to be impacted,” he said.

In an August 24 statement, Heger blasted the ESG “movement” for creating a “perverse system” in which companies are motivated to “push a social and political agenda shrouded in secrecy” regardless of what may be in “the best interest of their shareholders or their clients.”

Heger, whose state produces over 10% of the nation’s crude oil, went on to slam the financial firms for their “lack of transparency” and “use of doublespeak” regarding their stance on the oil and gas industry.

“My greatest concern is the false narrative that has been created by the environmental crusaders in Washington, D.C., and Wall Street that our economy can completely transition away from fossil fuels, when, in fact, they will be part of our everyday life into the foreseeable future,” he said. “A complete divestment of the industry is not only impractical and illogical but runs counter to the economic well-being of Texas and our citizens.”

According to Heger, the list of offending firms “represents our initial effort to shine a light on entities that are engaging in these practices and create some clarity for Texans whose tax dollars may be working to directly undermine our state’s economic health.”

“Corporate power has increasingly been utilized to impose an ideological agenda on the American people through the perversion of financial investment priorities under the euphemistic banners of environmental, social, and corporate governance and diversity, inclusion, and equity,” DeSantis said.

The Florida governor said the state is “reasserting the authority of republican governance over corporate dominance and we are prioritizing the financial security of the people of Florida over whimsical notions of a utopian tomorrow.”