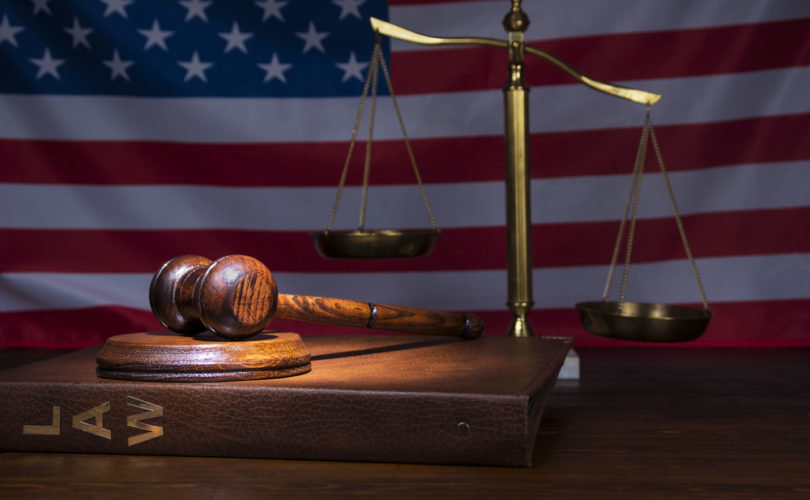 December 2, 2015 (CardinalNewmanSociety) — A continuing education course in Christian legal ethics co-sponsored by St. Mary’s University School of Law in San Antonio will be denied future accreditation for being too religious if the decision of a State Bar of Texas committee is allowed to stand, shutting off the University from offering continuing education for attorneys and denying Catholic lawyers their First Amendment rights, St. Mary’s law professor Bill Piatt told The Cardinal Newman Society.

“They are going out of their way to make it impossible for Catholics to put on a continuing legal education program that says anything about faith or morality,” Piatt said in an interview with the Newman Society.

An appeal of the committee’s actions that Piatt shared with the Newman Society states that the decision “unlawfully serves to create a chilling effect upon the First Amendment rights to speak, associate, and freely exercise religion in that it deters anyone who might even think about attending, presenting or organizing any future CLE dealing with topics of morality and religion.”

The program was given a one-time accreditation, but a decision handed down in November by the Texas State Bar Minimum Continuing Legal Education (MCLE) committee stated that all future programs will only receive credit for “portions devoted to secular law and legal ethics.”

“The definition of legal ethics/professional responsibility allows credit only for those topics dealing with matters pertaining specifically to attorney dues and responsibilities and excludes credit for individual religious or moral responsibilities,” Nancy Smith, director of the MCLE, wrote in a letter to Piatt shared with the Newman Society.

Smith claimed the decision to deny accreditation for the program had “nothing to do with having a Catholic orientation.”

If the decision of the committee stands, students currently in Catholic law school classrooms will not see any immediate effect, but St. Mary’s and other Catholic legal programs in Texas, and potentially in other states, would be forced to secularize their continuing education courses.

“St. Mary’s Law School sponsored this program, and we sponsor several programs throughout the year, and it doesn’t immediately affect our students while they’re still students, but it will affect our students when they graduate,” said Piatt. “I think if we can’t put on these CLE programs we will continue to be able to educate people who are becoming attorneys, but we are not going to be allowed to continue the education beyond the time they receive their law degree.”

Students usually attend law school for three years, but can go on to practice law for decades. Piatt explained that every state licenses its own attorneys and requires them to obtain a certain number of continuing education credits every year, with one to five hours of credit needed specifically in the area of ethics.

“One way to do that is to attend these continuing legal education programs,” he said. “It’s not unusual for different organizations to put up ethics presentations.”

But what is highly unusual, argued Piatt, is the finding of the committee that morality has no place in a discussion of the law.

“It’s hard to imagine a circumstance where the law is purely secular,” he said. “I don’t think [the MCLE] can tell us what is exactly secular and what isn’t secular. If I were to ask, ‘Take a look at the Supreme Court cases and tell me, are the laws against prostitution secular laws or are those moral laws? Are the laws against gambling secular laws or are they moral laws?’ … They’re both, obviously.”

Piatt also expressed concerns to the Newman Society about this situation potentially affecting the continuing legal education of Catholics across the country.

“We’re going to try and set the precedent here that a state cannot prevent CLE accreditation on the basis that topics are not secular so that if our brothers and sisters in other states run into similar problems, they’ll be able to cite us positively as having resolved this,” he said.

The MCLE first contacted Piatt in September with a letter denying accreditation of the program at St. Mary’s. Piatt, on behalf of St. Mary’s and the Catholic Lawyers’ Guild of San Antonio, where Piatt serves as president, successfully appealed the initial denial of accreditation.

“We put together a program that we asked to be accredited by the State Bar in Texas and New Mexico. New Mexico quickly approved. Texas resisted,” said Piatt. “We had to exchange more information with them, and they finally said they would [give credit] provisionally, but they would reserve the right to review and decide whether they would allow us to put on any future, similar programs.”

After gaining provisional accreditation, the program at St. Mary’s was held successfully, and was “very well attended” according to Piatt.

But based upon the subsequent information Piatt provided to the committee about the program, the MCLE determined that the program was not secular enough to receive credit.

“They’re saying we can only put on CLE programs if we segregate out what’s secular and we can give credit for that, but we can’t get credit for presenting anything that is non-secular, meaning that it touches on morals or religion,” Piatt said.

A formal appeal of the MCLE’s final decision was filed with the committee on November 18 signed by St. Mary’s University School of Law Dean Stephen Sheppard, Piatt, representing both St. Mary’s and the Catholic Lawyers' Guild of San Antonio, and eight other attorneys as intervenors.

Piatt told the Newman Society that the legal arguments presented in the appeal show that MCLE’s decision is unconstitutional and “ridiculous.”

“The Supreme Court of the United States has said there is a moral foundation for most of our laws,” he said, “and the disciplinary rules governing attorneys in Texas, and elsewhere, say you can’t completely serve a client if all you’re doing is discussing things in strictly technical legal terms.”

Piatt cited a section of the Texas Disciplinary Rules of Professional Responsibility specifically addressing the role of an attorney in providing advice:

“I don’t think there is any such thing as purely secular legal question, which makes their ruling that we can’t put on programs ridiculous in the first place and violating the law in other instances,” Piatt said.

The appeal argues that the MCLE committee does not have the “power to limit CLE credit to ‘secular’ presentations,” and that the decision violates the First Amendment of the U.S. Constitution and provisions of the Constitution of the State of Texas.

“It would be impossible for us to put on legal education seminars for attorneys because we would not be able to know if they’re going to get accredited, meaning nobody would show up,” Piatt told the Newman Society. “Which is what I think the MCLE committee is trying to do.”

Piatt said he reached that conclusion after discussing the issue with other attorneys in Dallas who have had three proposals submitted on behalf of the St. Thomas Moore Society denied for credit by the MCLE committee.

“At the same time we find out, while they’re telling us we have to put on secular presentations and only secular presentations, in February of 2015 they correctly accredited a Jewish CLE seminar — which we think they should have done. We applaud them for doing that,” he said. “But we think for them to tell Catholics you can only speak in secular terms, and other religions apparently can speak in non-secular terms, creates a real constitutional problem.

“We have First Amendment rights to exercise our religion. We have a constitutional right to be treated with equal protection,” said Piatt.

The type of ethics training provided by the St. Mary’s CLE program “can help lawyers be better lawyers,” according to Piatt.

He offered as an example: “Suppose someone comes to you and says, ‘My wife and I are having marital problems. I want a divorce.’ The purely legal response would be: ‘Okay in this state if you’ve lived here for some number of months and you’ve been married, yes you can get a divorce on the grounds of incompatibility, adultery etc.’

“The Catholic approach might be to suggest: ‘Technically, legally, you are entitled to a divorce, but have you and your wife thought about the moral implications of divorce? Have you talked to your priest about this? Would you be interested in having me put you in touch with a counselor who could talk to you about the sanctity of your marriage?’” Piatt said.

The sanctity of marriage issue was one of the topics specifically discussed at the CLE program at St. Mary’s.

“We weren’t giving people formal religious instruction,”said Piatt. “We were referring to the fact that the Church, under some circumstances, will view divorce as necessary, but attorneys doing their jobs as Catholic lawyers could help bring about peaceful resolution. And even if the couple can’t reconcile, maybe by going through a process of counseling they can reach an amicable solution that doesn’t tear the children apart.”

Piatt again pointed to the irrationality of the MCLE decision in the situation of an attorney discussing divorce with a client.

“If we talk about divorce and talk about the impact on children, are those legal concepts or are they moral? Obviously they’re both. If we talk about people being given the opportunity to go to counseling to see if there’s a possibility of reconciling, is that legal or moral? It’s both,” he said. “You can’t separate it out.”

In a larger context beyond the MCLE decision, Piatt said: “We’re concerned about this growing notion that somehow we all have to be secular; that governments have to be purely secular; that nobody can discuss what’s right and wrong; and that if you try to exercise your religion by speaking about your religion, that the State has a right to sanction you. That’s a horrible development.”

The MCLE responded to the latest appeal giving St. Mary’s and the Catholic Lawyers' Guild of San Antonio the options to either resubmit evidence to the committee for reconsideration or appeal directly to the full State Bar of Texas. The earliest a review by the committee would take place is the spring of 2016, and the appeal to the State Bar would take place in January 2016 at the earliest.

“We’re in the process of weighing our options at this point,” said Piatt, who intends to make a decision in the next couple of weeks.

But Piatt said no matter the outcome, “We do intend to pursue this.

“We are not going to accept the committee just telling us no,” he continued. “If we lose all of our appeals, there’s a mechanism for getting into the courts and asking the courts to take a look at this.”