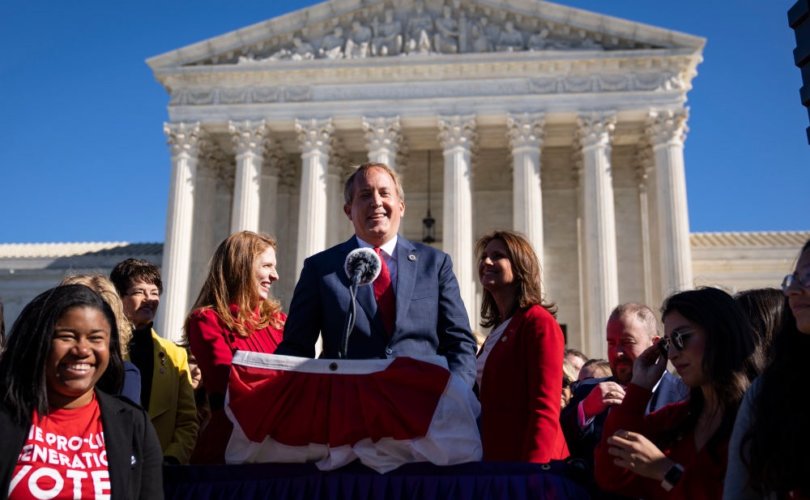 AUSTIN (LifeSiteNews) — The state of Texas on Thursday sued the Biden administration for its new guidance ordering hospitals to perform abortions under certain circumstances even in pro-life states, arguing the federal government is seeking “to transform every emergency room in the country into a walk-in abortion clinic.”

Texas Attorney General Ken Paxton filed the lawsuit against the Biden administration’s Department of Health and Human Services (HHS) July 14 in the U.S. District Court for the Northern District of Texas.

It’s no surprise that the Democrats and the leftwing media are having a meltdown over the pro-life lawsuit I filed today against the Biden Admin. https://t.co/G1SXXcQiMK

Texas is among a growing list of Republican-led states which have moved to outlaw abortion within state borders following the reversal of Roe.

However, the Biden administration has sought to curtail states’ rights to enact laws protecting the unborn.

In the new federal guidance released Monday, the Biden administration’s HHS directed that under the Emergency Medical Treatment and Active Labor Act (EMTALA), healthcare providers must perform “life- or health-saving abortion services in emergency situations,” even in states which prohibit abortion. Most states with pro-life laws provide exceptions to save the life of the mother, and many pro-life advocates argue that there is never a circumstance in which abortion is medically necessary.

“When a state law prohibits abortion and does not include an exception for the life and health of the pregnant person … that state law is preempted,” HHS Secretary Xavier Becerra said in a letter to healthcare providers, Newsmax noted.

CNBC reported that according to Becerra, hospitals and physicians who refuse to perform abortions contrary to the HHS guidance could face stiff penalties, including fines and the termination of Medicare provider agreements.

In a statement announcing the legal action against the HHS, the Texas attorney general referred to the guidance as the “latest unlawful action by the Biden Administration.”

According to the lawsuit, “President Biden is flagrantly disregarding the legislative and democratic process—and flouting the Supreme Court’s ruling before the ink is dry.”

Paxton argued in his statement that the Biden administration is seeking “to transform every emergency room in the country into a walk-in abortion clinic,” and noted that the “EMTALA does not authorize and has never been thought to authorize the federal government to require emergency healthcare providers to perform abortions.”

“This administration has a hard time following the law, and now they are trying to have their appointed bureaucrats mandate that hospitals and emergency medicine physicians perform abortions,” Paxton said.

Promising that he would “not allow” Biden “to undermine and distort the existing laws to fit his administration’s unlawful agenda,” Paxton said he would “ensure that President Biden will be forced to comply with the Supreme Court’s important decision concerning abortion.”

The HHS did not immediately respond to LifeSiteNews’ request for comment.