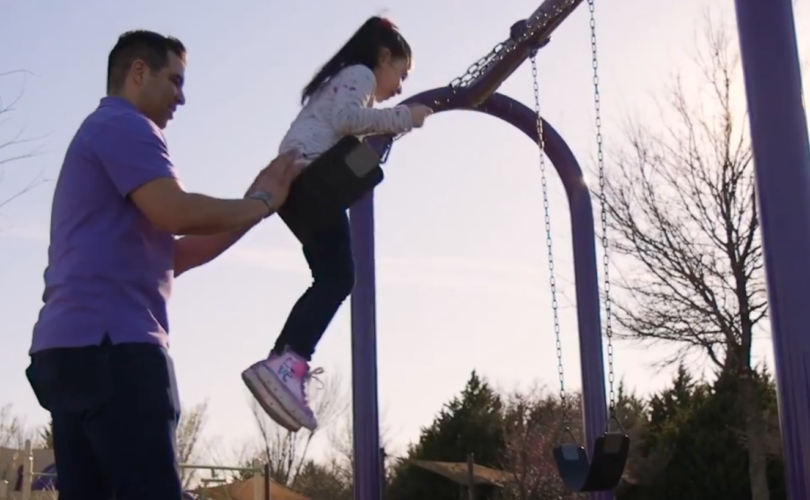 AUSTIN, Texas, April 22, 2020 (LifeSiteNews) — The Texas Supreme Court heard oral arguments today in a landmark case that could decide whether or not parents have a constitutional right to raise their own children.

The case, known as “In re CJC,” centers around a father who is battling against a non-relative for custody of his five-year-old daughter. The unrelated man was the fiancee of the girl’s mother, who passed away in 2018.

“It’s hard to imagine that a court of law would ever have to decide that a perfectly-fit father does not have the right to raise his own little girl, yet that’s exactly what’s at stake,” said Jeremy Newman, director of public policy with Texas Home School Coalition (THSC), in a statement.

“If this case goes the wrong way, it could set a terrifying precedent in which courts in the future don’t have to favor parents in custody battles. Anyone, regardless of family status, could lay claim to a child,” he said.

“What makes the case so significant is not just that an unrelated man was given custody of another man’s daughter, but that he was given custody on the grounds that the father had no greater right to custody than did a completely unrelated individual who happened to have cohabitated with her,” wrote Newman in a Texas Scorecard commentary published yesterday.

“This is a story that I don’t want any other parents to have to go through,” said the girl’s father, identified only as “Chris” in a video titled “Ann is being unconstitutionally taken away from her Dad.”

“She’s already lost one parent,” said Chris of his now five-year-old daughter, and “she wants to be with her other parent full time.”

“It’s disheartening to know that someone who hasn’t been involved in her life … can potentially have rights to her,” he said.

“She’s my daughter,” he declared. “She’s my everything. She’s worth fighting for.”

“If we lose this case, it could have a devastating effect,” explained Holly Draper, attorney for Chris, “because it would set the precedent that boyfriends, nannys, roommates — anyone who happened to be living in the home with the child, and had a relatively minimal role in their life — can sue for custody and actually get rights and tie with your child.”

“If courts begin requiring fathers to share their parent privileges with other men who have no familial relationship with their child, then the status of fatherhood becomes diminished — and so do the incentives of men to become fathers and to fulfill their duties.This precedent would impact these legal rights for mothers as well,” warned Texas Values president and attorney Jonathan Saenz.

The nine justices and attorneys involved in the case participated in the session via remote teleconferencing due to the state’s coronavirus stay-at-home orders.

The legal team for the boyfriend asserted that “Because Chris and Ann’s mother had previously agreed to split custody, the action of going to the court to authorize that split of custody was a ‘grant of parental authority’ to the court forever,” said Newman, who observed the court proceedings.

They argued that by doing so “Chris had ceded all his parental authority to the court when he made the decision to enter into this agreement with Ann’s mother,” he added.

“The very basic question that the court is being asked to answer is whether or not parents have a constitutional right to raise their own kids,” Newman told LifeSiteNews.

“The bottom line,” said Newman, “is if the court sides with the fiance, there’s a very real possibility we could end up in scenario in Texas where if you have a live-in boyfriend, or if you hire a nanny, or if you even have a student who you’re renting out a room in your house, you could give that person the legal right to take custody of your child,” just because you let them live in your house for a short period of time.

“When two fit parents go into court, they are not giving away their constitutional right with respect to any future non-parent down the road who is going to intervene in the future,” Draper told the court. “And the notion that that could possibly be the case should scare every fit parent.”

“This is an issue that, whether you’re on the right or you’re on the left, everybody can agree,” Draper told LifeSiteNews.  “It seems to me like the entire political spectrum really ought to be on the same page.”

How the case evolved

The conflict arose after the child’s mother died in a tragic car accident in 2018. At the time, the mother and father were divorced and were sharing approximately 50/50 custody of their daughter.

During the last 11 months of her life, the mother lived with her boyfriend. As a result, the daughter also lived with her mother’s boyfriend for about half of that 11-month period.

After the mother’s death, the daughter’s maternal grandparents filed suit against the father, seeking sole custody of their four-year-old granddaughter. The court dismissed the suit, noting the grandparents’ inability to prove that leaving the father as sole custodian would cause any harm to the child.

Despite finding that the father was an entirely fit parent, the court still granted partial custody to the boyfriend. It reasoned that the boyfriend was not required to provide the same proof as the grandparents had been.

The judge agreed with the boyfriend’s argument that he should be allowed to come before the court on an equal footing with the actual father. The judge concurred that there should be no presumption in favor of the father having sole custody of his own daughter.

As this case has made its way through the Texas court system, multiple concerned parties have filed amicus briefs supporting the father’s constitutional rights, including the Texas Public Policy Foundation, Texas Home School Coalition, Alliance Defending Freedom, Parental Rights Foundation, and A Voice for Choice Advocacy.

Texas Attorney General Ken Paxton also weighed in with a brief on behalf of the father.

A comprehensive timeline of the case can be found here.